New York Times & #1 Wall Street Journal Bestselling Author of All In, The Carrot Principle & What Motivates Me

You did more in one hour to bring rewards and recognition to life than any of the rest of us could do over months and months of trying. Thank you! I've heard many comment that you were the best speaker they've heard at any HSBC conference ever, anywhere in the world.

Called the “Apostle of appreciation” by the Globe and Mail, Canada’s largest newspaper, and “creative and refreshing‚” by theNew York Times, Chester Elton is co-author of several successful leadership books. All In, The Carrot Principle and What Motivates Me have been New York Times and #1 Wall Street Journalbestsellers. His work has been called a “must read for modern managers,” by Larry King of CNN.

Elton’s books have been translated into more than 30 languages and have sold more than a million copies worldwide. As a motivation expert, Chester has been featured in the Wall Street Journal, Washington Post, Fast Company and the New York Times, and has appeared on NBC’s Today Show, CNN, ABC, MSNBC, National Public Radio and CBS’s 60 Minutes. And if you Google the 30 top leadership gurus of 2014, you’ll find Chester Elton at number 12, right after Jack Welch and just ahead of Jim Collins.

Chester serves as a leadership consultant to firms such as American Express, AT&T and Procter & Gamble. He is most proud, however, to be the father of four exceptional children—all the more exceptional now they have grown up and left home. 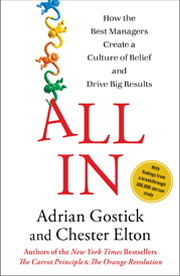 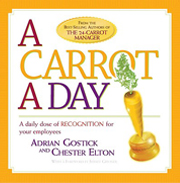 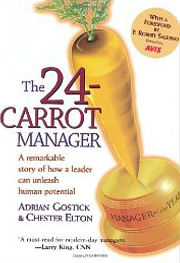 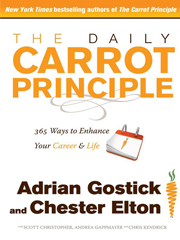 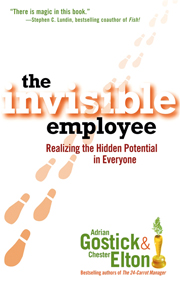 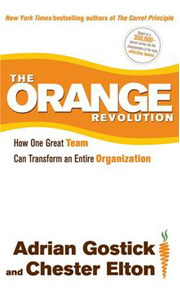 Articles by Chester Elton View All

Have you seen Chester Elton speak? What did you think?