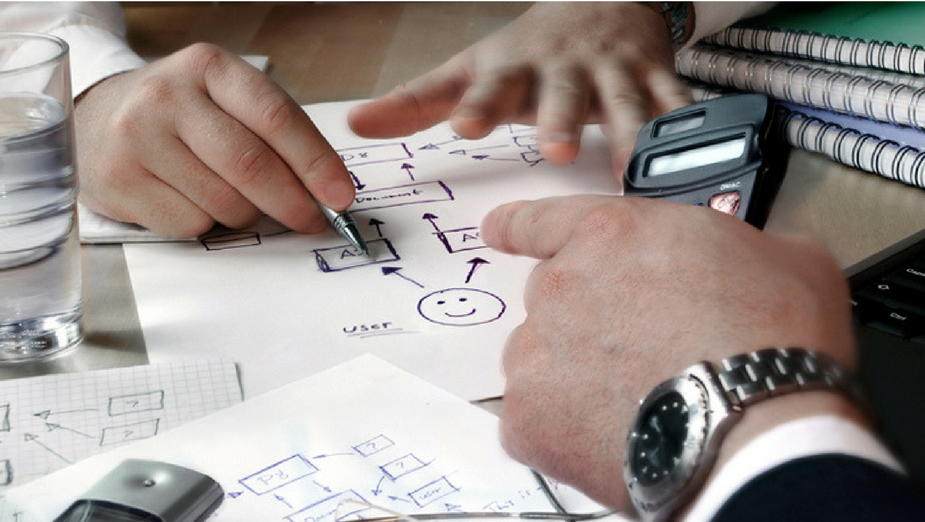 Several years ago, I worked with a Formula One racing team. Back then, the pit crews consisted of 20 people who serviced these ultrafast race cars.  Within a matter of seconds, these skilled technicians would refuel the car, change the tires, and perform required maintenance. During practice, a stopwatch measured their time to milliseconds. After dozens of test runs, they would reach their peak speed; the point where, no matter how hard they tried, they couldn't go even a thousandth of a second faster.

"By worrying about the future you take ur eye off the present which impacts performance." - @StephenShapiro

Then, as an experiment, the pit crew boss informed his team that they would now be evaluated on “style” rather than speed. While still advised to go fast, their movements were deemed more important in this round than the time on the stopwatch. Astonishingly, the pit crew shaved several tenths of a second off their seemingly best time, even though they “felt” as if they were operating at a slower pace.

This experiment demonstrates an important point: the more you focus on your goals; paradoxically the less likely you are to achieve them.  By worrying about the future, you take your eye off the present which negatively impacts performance.

In higher intellectual activities, the results are even more pronounced. Take the true story of a high school student who became increasingly anxious over passing her upcoming math final, her weakest subject. She studied incredibly hard, all the while focusing on her specific goal of passing her exam. In spite of her efforts, she failed. She pleaded with her teachers to give her one more chance and luckily, they agreed.  However, she realized that more of the same, cramming all night, would likely have little impact on the results. She knew she had to quell the anxiety in her head to make room for new learning.  So, this time, instead of concentrating on the outcome, she used a simple technique to become more present moment , rather than goal focused:  she pretended to be someone else.  Her first conscious thought each day when she awoke was to visualize herself as Condoleezza Rice, the former U.S. Secretary of State, a very successful, highly educated woman. Dr. Rice wouldn’t worry about a high school math exam, right? By imagining she was someone else, she was able to eliminate the anxiety of the goal by focusing more on the process. This gave her more confidence and in doing so, she scored a 93%, her greatest performance to date with a lot less effort.

Where else can this concept be applied? The answer is, almost everywhere.  For example, sales reps can perform better when they shift their focus away from sales goals.

A woman’s clothing store held a competition to determine who among its employees could sell the most merchandise within two months. The winner would receive a bonus and other desirable perks.  All had their eyes on the prize, except for one sales rep who decided to take a different approach. Instead of trying to make a sale, she zeroed in more specifically on identifying and serving the needs of the customers. If a customer required assistance for eight hours picking out a blouse, that’s what she would do. If she felt customers would find a better product at a competitor, she would send them there. Surprisingly, after two months, she, who was not trying to make sales, sold more than everyone else by a significant margin.

We have seen similar results in many sales and service organizations.

The concept of reducing goal-obsession to improve performance is not new. In the early 1900s, Robert Yerkes and J. D. Dodson developed the aptly named Yerkes-Dodson Law. The premise is that performance increases relative to motivation (they call it “arousal”) only to a point, after which performance drops. Typically, it is drawn as an inverted U-shaped curve.

"Goals increase stress & fixate you on the future rather than the present #GoalFixation." - @StephenShapiro

If you lack motivation, you have low performance. This is not surprising. As your motivation increases, your performance increases, but only to a point. This point is the sweet spot of optimal performance. However, it is about this point when you also become more goal obsessed.  This is when performance begins to decrease. Goals increase stress and fixates you on the future rather than what you are doing in the present.

Yerkes and Dodson suggest that different tasks require different levels of arousal (to use their word). For example, physically demanding tasks often require higher levels of motivation. This explains why professional athletes are inclined to be more goal-driven. Even so, as demonstrated by the pit crew example, too much goal orientation will hurt even athletic performance.

Within the business world, Yerkes and Dodson found that to improve concentration, intellectually challenging tasks required lower levels of arousal/motivation. The more creative the work, the less motivation required to hit peak levels of performance. Studies reveal that creativity diminishes when individuals are rewarded (externally motivated) for doing their work. Why? The desire to achieve the goal overtakes the personal interest in the endeavor. A myopic focus on the outcome overshadows the intellectual stimulation of the process. As a result, risk taking reduces, and creativity vanishes.

"Working hard" may not be the best way to improve productivity and creativity. Maybe it isn’t even "working smarter." As we have seen, maybe the key to peak performance is to stop trying so hard and instead to focus on the present.