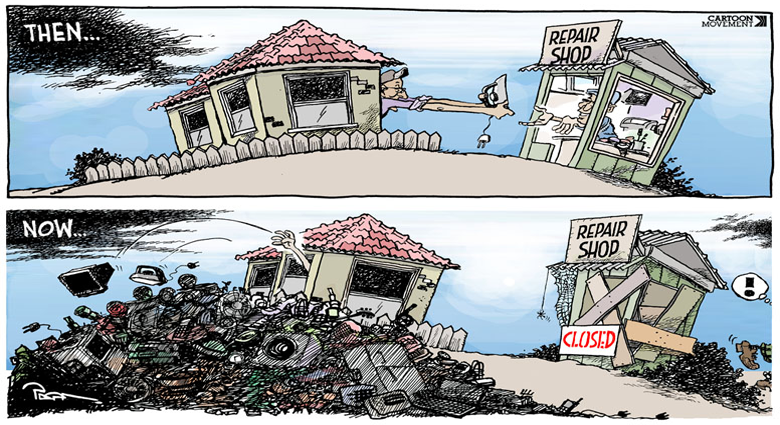 “The throw-away society is a human society strongly influenced by consumerism. The term describes a critical view of overconsumption and excessive production of short-lived or disposable items."

We’ve got kind of a problem here. On the right side of the pendulum, consumerism has reached an all-time high, with products reaching their planned obsolescence within absurdly short timespans and new products being rolled out (and bought) by the millions every day. And, since every action has an equal and opposite reaction , we have to expect consequences. So, on the left side of the pendulum, we’re looking at the very real possibility of a mass extinction, the sixth on record for our planet and the first since the extinction of the dinosaurs – sixty five million years ago.

"E-waste represents nearly 70% of the toxic waste in landfills."

You could argue that extinction is a natural phenomenon and you’d be right, in isolated situations. But considering the scale of this potential mass extinction, we’re talking the possible loss of three fourths of earth’s current species, it’s hard to view it as anything other than grossly un natural. Rather than the large-scale natural disasters like meteors or successive volcanic eruptions believed to have caused past mass extinctions, scientists say this one’s different. Human activities including deforestation, over-fishing, poaching and global warming could be to blame for a sixth mass extinction: Human activities largely driven by our society’s demand for having more than we need, resulting in the highest ever annual global waste generation on record. I’m not saying our garbage is the only or even the primary cause of our current environmental situation, but it plays a significant role, and the ‘must-have mindset’ driving it an even bigger one. 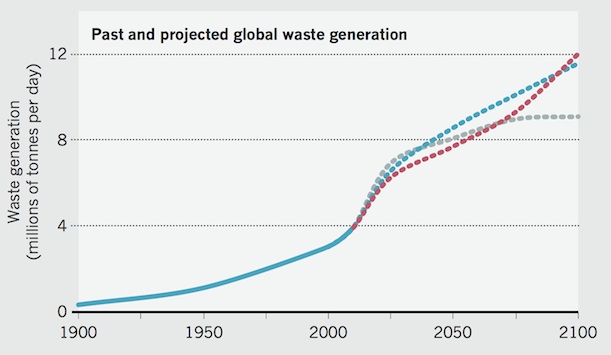 This isn’t good. We’re already seeing very real and devastating examples of the environmental impact of our throw-away society. Ever heard of “The Great Pacific Garbage Patch”? It’s not an urban legend. Google it.

There are, obviously, a boatload of reasons why society has evolved into such a remarkable waste producing machine. Whether its food, housing, energy or consumer products, we are taking more from the planet than we ever have before, and there’s more of us doing it. Most of us eat more, use more, buy more and have more than we need. And we throw more of it in the garbage. A lot more. But why?

Because, on average, we can. 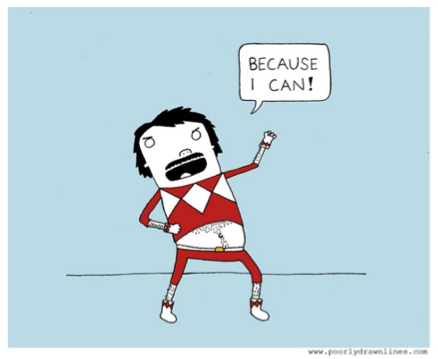 Needless to say, affordability for tech items has increased considerably. This example is just for computers, but think about all of the other equipment we rely on that was once out of reach for the average person. Vehicles, televisions, phones, electronic appliances – in developed nations these things are staples, we all have them – multiples of them even, and we upgrade them at an alarming rate. Drawn in by advertising that boasts leading fuel economy, high efficiency, faster processing speed, better graphics, we buy things we think will improve our quality of life, and often even be better for the environment. And don’t get me wrong, sometimes they are. But only if we find a better way to manage the stuff we get rid of to make room for the new, improved versions.

If you’re taking your used items to the dump, you probably need to re-evaluate how much better for the environment that new item is. The environmental cost of these toxic items when carelessly discarded is staggering in comparison to the environmental (or other) benefits of that new equipment. Accounting for a comparatively small percentage of the total waste in our landfills, roughly 2%, e-waste represents nearly 70% of the toxic waste in landfills. Our tech addiction is literally poisoning the planet.

The non-profit organization I represent, the Electronic Recycling Association (ERA) is focused specifically on reducing the waste produced by personal electronics like computers, laptops, phones and other tech you’d find in your average office. We take advantage of the short primary use cycle for this equipment, which more often than not means that there is a remarkable amount of productive life remaining in equipment when it arrives at our facilities. So we wipe it, fix it up, and prepare it for secondary use. Equipment is either provided to deserving charities and NPOs through our Canada-wide technology donation programs or sold at a low cost to individuals and companies not qualified for our donation programs but unable to afford brand new equipment. We’ll also often get equipment in that we can’t fix, so these items are sent over to our recycling partners, who responsibly dismantle and separate materials for recycling, ensuring a negligible landfill contribution. All donations are conditional upon signing an agreement binding the recipient to return the equipment to ERA when they no longer want it or it stops working for responsible processing.

This option is a win-win. Few virgin natural resources are required to refurbish equipment, and often it has years of productive life remaining. Thousands of charitable organizations receive and use this equipment and are able to direct funds to program development as opposed to purchasing expensive new tech gear. Keeping operational tech in use longer reduces the demand for new equipment and lessens the strain on resources. When, inevitably, equipment reaches end of life, it’s processed in the most environmentally responsible manner currently available. There is room for improvement there too though, while recycling is a significantly better option than trashing, it is still a resource consuming process.

We’re doing what we can, but we can’t reuse or recycle equipment we aren’t receiving.

So why aren’t people utilizing reuse and recycling programs instead of trashing their stuff? Maybe it’s because society isn’t aware of the impact their waste is actually having on our planet, or maybe the process to reuse or recycle household items isn’t simple enough, or maybe individuals don’t think their personal choices will have a measurable impact so they opt out of green practices all together. Or maybe fear or denial make it impossible to imagine our planet without 75% of the species that make it such a beautiful and diverse place. A place where we can actually live. But it’s a reality, one that has already begun and will directly affect our generation and the generation of our children. This is in each of our back yards. 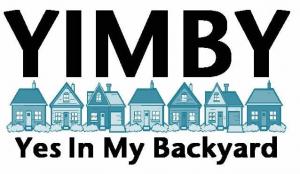 Let’s stop thinking about how we can change the future of our planet and start doing something about it. We can take action, individually, in each of our lives that cumulatively will have a big impact. Just because we can afford new things doesn’t mean we need them, or that the things we already have are no longer serving a purpose. Consumerism, and the throw-away society, are vicious cycles – ones each and every one of us are voting for through our personal lifestyle choices - and we’re circling the drain.

How much do we need to lose before we see the impact of our lifestyles and change the way we live?

What are you doing to lessen your personal environmental impact? What is the company you work for doing? How can our leaders push for more change?