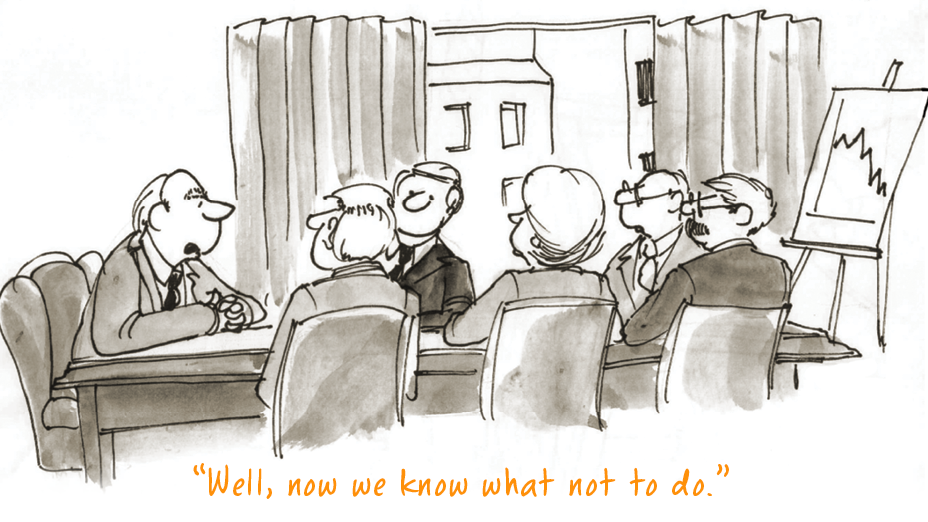 In a previous article, I wrote about why “wow this is a great idea” can lead to higher failure rates of your innovation efforts. This results in wasted time, money, and effort that could be invested in more valuable solutions.

We now have scientific evidence as to why this is true.

In other words, we ignore information that is not aligned with our beliefs. Why?

According to a recent study, “When updating beliefs about their future prospects, people tend to disregard bad news.” This has traditionally been called Confirmation Bias.

According to researcher Bojana Kuzmanovic, “In complex, confusing situations, we run the risk of making a biased judgment as soon as we prefer one conclusion over another.”

The study goes on to indicate that these judgments are not influenced by new information that contradicts the original conclusion. In other words, we ignore information that is not aligned with our beliefs.

The Brain Rewards Being Correct, Even When It’s Wrong

Interestingly, the study also concluded that, “The influence of preferences is independent of expertise. We can benefit from this pleasant self-strengthening effect as long as our judgments do not have serious consequences.”

This implies that even when you have little experience, your confidence levels might be overly inflated. (NOTE: Sometimes a lack of expertise can sometimes help innovation as I discussed in this earlier article).

The study concludes, “When making important decisions, we should be aware of our tendency to distort judgment and apply strategies to increase objectivity.”

This is great advice.

Simply being aware of these biases is a good first step, as is supported by another research study.

Awareness is the First Step

Researchers ran the test again with the same participants, but before doing so they showed participants how confirmation bias negatively impacted their decision making the first time around. During the second trial, the participants were given visual reminders designed to help foster their awareness of alternative hypotheses.

The result? There was a “lower level of confidence, greater consideration of alternative enemy courses of action, and more willingness to reverse early decisions based on new evidence.” In fact, during the second trial, 50 percent of the participating teams changed their hypothesis at least once during the exercise.

Therefore, be sure to remind yourself and others that we all have these tendencies.

When making important decisions, we should be aware of our tendency to distort judgment and apply strategies to increase objectivity.

Drop Your Ego and Work With People Who Have Opposite Beliefs

Another good step is to partner with people who have a bias that is opposite yours. Someone who thinks your idea is not good as it is currently proposed. Of course, in order for this to work, both of you need to be open to the other’s perspective.

Egos and arrogance can kill innovation. A willingness to be wrong is critical for reducing failure rates.

The brain loves to be correct. It will therefore give you the equivalent of an adrenalin rush, even when you are wrong. By acknowledging this, and taking corrective measures, you can reduce your failure rates and ultimately develop better solutions. This apply not just to business, but to all areas of your life.