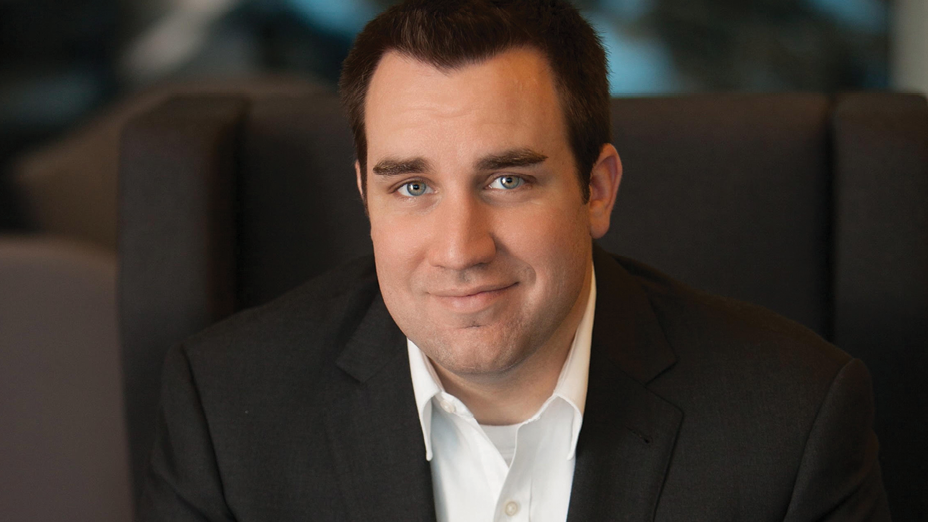 Growing up, Michelle McKenna-Doyle was always a fan of sports, specifically Football. Her passion for football ran in the family. Her father was a devoted fan of legendary quarterback Joe Namath, and her brother accepted a full scholarship to play football at the University of Alabama. Indeed, her father was almost certain he would see his child make it to the NFL one day. And he was right—it just wasn’t his son. McKenna-Doyle’s career took a winding path, but eventually she found herself in the Chief Information Officer role for several different Fortune 500 companies.

One day—while checking her fantasy football league—she stumbled upon a job listing on the NFL website and eventually she decided she would apply. But she had no connection to the NFL, so she started exploring her network. The closest lead should could find was a former colleague, who worked for an executive search firm. His company wasn’t handling that particular search, but he knew who was and made the introduction. His referral helped Michelle interview with the senior leaders of the league, and got the job as CIO. On the day she started, she had been given the highest office a female executive had ever held in the league. And her father finally got to see one of his children make it in the NFL.

Our tendency when things get tough is to seek out trusted, familiar counsel. When we need a new job, for example, we default to those close to our network. We tell our friends and family, but ironically skip over our weak ties and go right to coldly responding to job postings online. Or when we need advice about a major problem, we tend to only share our dilemma with those close to us— those we feel comfortable around. But that comfort comes at a cost. Most of the strong ties in our network are connected to each other. They are often so tightly clustered that information known by one person is already known by everyone else in that cluster. In contrast, our weaker connections often build a bridge from one cluster to another and thus give us access to new information—not unlike McKenna-Doyle’s old colleague who now worked in the executive search world. Even though the strong ties in our life are more likely to be motivated to help us, it turns out that weak ties access to new sources of information may be more valuable than the strong ties’ motivation.

This counterintuitive finding first came from a now classic study by sociologist Mark Granovetter. In 1970, Granovetter was a PhD student at Harvard University and decided to conduct a study of job transitions. When surveying respondents, he would often ask whether a friend had told them about their current job. So many times, respondents would answer with something like: “Not a friend, but an acquaintance,” which suggested to Granovetter that he ought to look further. He asked hundreds of people how often they saw those contacts around the time they received the job information. Granovetter used three categories: often (at least twice a week), occasionally (more than once a year but less than twice a week), and rarely (once a year or less). When Granovetter looked at the collected results, he found that less than 17 percent of job changes saw their contacts often. Over 55 percent said they saw their contact occasionally and over 27 percent said rarely. “The skew is clearly to the weak end of the continuum,” Granvotter wrote in his 1973 paper presenting this data. That paper, “The Strength of Weak Ties,” would go on to become one of the most cited papers in sociology.

In that paper, he noticed the role former colleagues and long-lost friends played in helping individuals. “Chance meetings or mutual friends operated to reactivate such ties,” Granovetter noted. “It is remarkable that people receive crucial information from individuals whose very existence they have forgotten.” Over time, other researchers would come up with a shorter name for such a weak tie that used to be stronger—a better name for McKenna-Doyle’s old colleague. They would label it a dormant tie and their research would prove just how valuable these weak connections are.

Researchers Daniel Levin, Jorge Walter, and Keith Murningham have been studying the power of dormant ties for almost a decade. Specifically, they have been surveying business executives, encouraging them to deliberately reactivate old connections, and then observing the results. And the results have been quite powerful. In one experiment, the trio asked a group of 224 executives from four executive MBA classes to reconnect with two people to whom they had not spoken for at least three years, but who they think would have advice that would help them on a major work project. Specifically, the executives were to contact one person with whom they had a strong relationship before they fell out of touch, and also with one individual with whom they had a weak tie relationship. In addition, the executives selected two current contacts (one strong, one weak) with whom they had already sought out for advice during the course of their project. The researchers then asked executives to assess all four contacts’ advice in terms of value (actionable knowledge) novelty, trust, and the extent to which they had a shared perspective.

Like weak ties, dormant ties are a wealth of new, different, and unexpected insights. Our dormant ties are still around and interacting with other social circles and encountering new experiences. But unlike weak ties, many dormant ties were once stronger relationships and because of this, the trust and motivation to help are much stronger than current weak ties. Like the executives studied, and like McKenna-Doyle no doubt felt, reaching out to old colleagues and friends can be uncomfortable, but the pay off is more than worth it. What can make it especially awkward is only reconnecting when the time comes to find that new job or get counsel on a new project. So don’t wait. Instead, start today and make reconnecting a habit. Make a list of 4-5 people, just like the executives in the study, and make it a point to reach back out to one per week through email, telephone, or whatever feels best and catch up. Don’t have an agenda in mind, just make it a point to reignite the relationship and trust that the value being created will be useful down the road. That’ll make the conversation feel less awkward and open you up to new possibilities. If we want to maximize the value of our network, then we need to make sure we are using all of our connections and not limiting ourselves to just our current strong ties. The bottom line is that when it comes to new information and opportunities, our weak and dormant ties are much stronger.

...our weaker connections often build a bridge from one cluster to another...