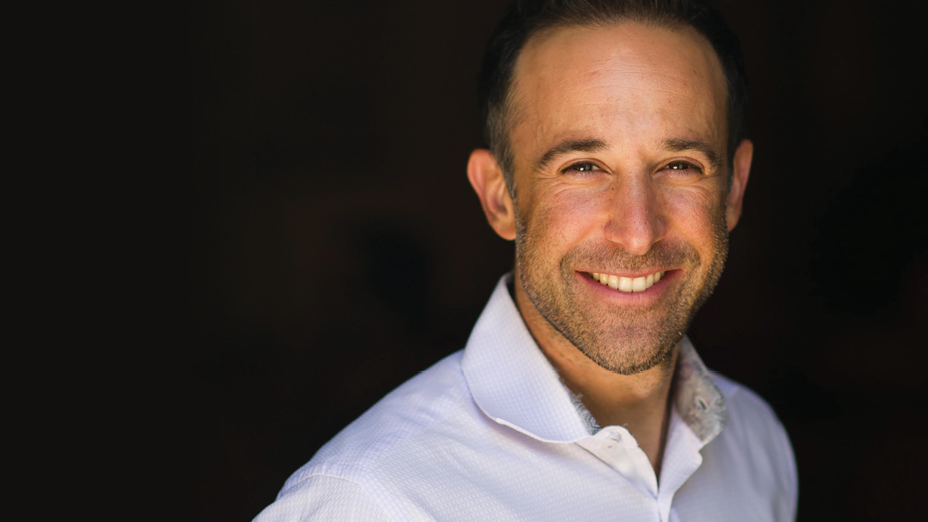 What’s the change that would make a huge impact on your company? It could be going digital, using Artificial intelligence, acquiring a new company, becoming agile. Whatever it is, you’re the expert on your industry. But you might not be an expert on change itself.

Oddly enough, trying to be the expert is what could get you into trouble.

In 1996, John Kotter rocked the business world with his international bestseller, Leading Change . Considered by many to be the seminal work in the field of change management, his 8-step process (outlined below), gave meaning and order to what felt like pure chaos through any big corporate change (a merger, a turnaround, a new system, an enterprise-wide software change – anything that requires a massive change in behavior). 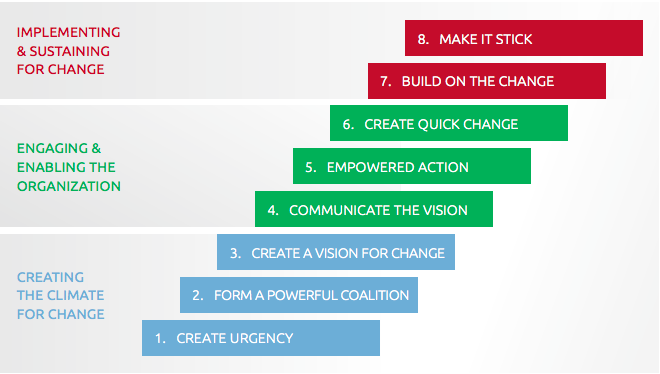 Kotter’s 8 steps to transform your organization are brilliantly conceived. So what’s wrong with this picture?  A strategy cannot succeed without the proper culture, thus the famous adage, “Culture eats strategy for breakfast.”

In fact, without the right culture, the 8 steps can cause more damage than if you had never followed it.

Here are the three key points to keep in mind if you’re going to implement any model for change:

Basic behavioral psychology shows us that unless a change is universally positive, it will produce an emotional response. It will provoke denial, anger, resistance, and avoidance before it finally turns to acceptance.

Asking people to let go of the past way is asking them to move on. And when people are attached, moving on doesn’t happen without grieving.

And where does an 8-point strategic plan include the space to process the emotions of grief? It makes no sense, unless one is so focused on the future that they want to forget the past.  That may seem like a good intention, but letting pain remain unprocessed is the equivalent of telling someone in a hospital bed to just get up. Resentment remains, and that can derail cooperation. Processes such as facilitated conversations, and Open Space allow people to process all the emotions before moving forward. 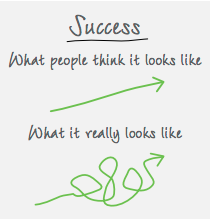 Kotter’s plan makes us feel comfortable because we think that we simply have to follow 8 steps in sequential order and then we’ll have our new initiative in place. But change doesn’t happen that way.

Change is messy. Change can look like moving backward or sideways, or in zig zags before moving forward. Change can bring up a lot of painful conversations. The 8 steps are an attempt to process people like they are part of a linear supply chain management procedure.

That’s why operations people love the 8 steps so much. They don’t want to hear about the most effective way to get messy. They want to clean things up as fast as possible and move on.

In reality, you may not get the vision right the first time around. You may need to return to it based on experimental data. The coalition team you assembled may fall apart. Those “short-term wins” may turn into short-term losses and people start to give up and want to “return to Egypt.”

At this point, you as the leader will have lost credibility. Your people will have lost faith in you, and the board will want to replace you with someone who can “drive it through.” But there was nothing wrong with your leadership. You were just trying to follow a strategy, rather than working with the culture first, which brings us to the most important point…

One of the most insidious beliefs in corporate management is that we can make people do things. If that were true, there would be no need for an 8-step process in the first place.

“So what happens if we give up entirely on the idea that we can make people do things? What if everything were optional? What if all meetings, initiatives, projects and tasks were voluntary?”

People can drag their feet in all kinds of ways, from being unproductive to outright sabotage. And most of it will happen below the radar.

So what happens if we give up entirely on the idea that we can make people do things? What if everything were optional? What if all meetings, initiatives, projects and tasks were voluntary?

Some people believe this would be total chaos. But if you have strong people who care about your company, what might happen if you set them free? 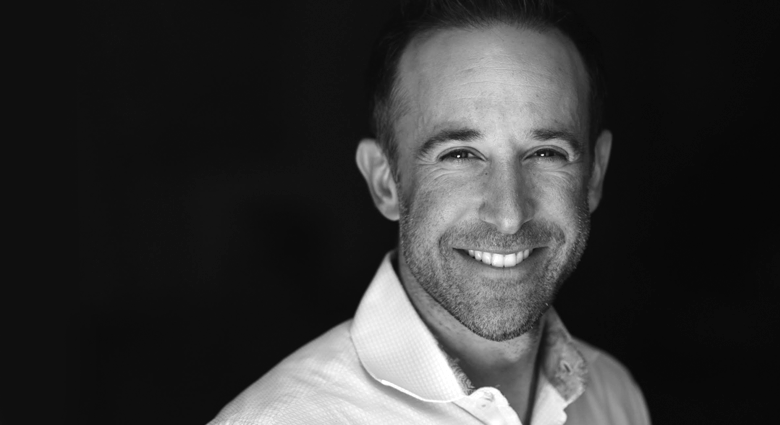 Robert Richman is a culture strategist and was the co-creator of Zappos Insights, an innovative program focused on educating companies on the secrets behind Zappos’ amazing employee culture.