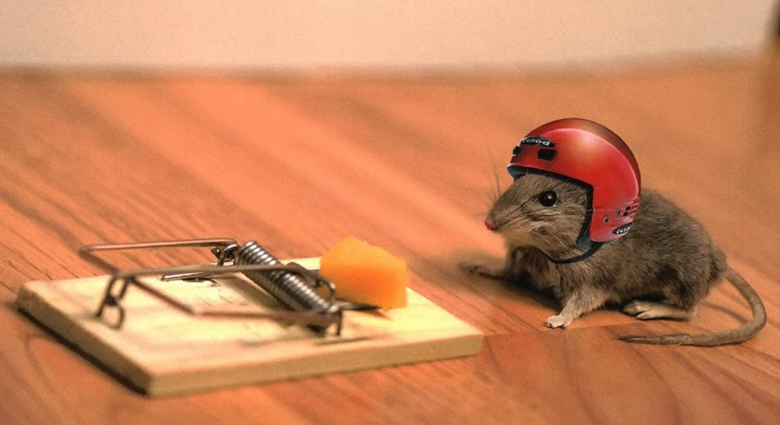 There is a common misconception about great ideas, whether it be new products or new pitches. Often when presenting the new idea to the world, it is too easy to believe that the world will adopt it on merit alone. We want so badly to believe that if the idea is good enough, it can be pulled from the lineup easily and will scale as rapidly as our excitement for it. We want so badly to believe the cliché that “if you build a better mousetrap, the world will beat a path to your door.” In my book, The Myths of Creativity , I label this misconception as the mousetrap myth, after this exact cliché. I’ve struggled to verify the proper source of the quote. Many credit Ralph Waldo Emerson but there isn’t any reference to mousetraps in what would have been the closest quote from Emerson. Emerson, being a poet and author, probably experienced all to well the opposite effect—the truth—that new ideas struggle often to get attention, let alone scale. Great ideas get rejected all the time.

"Great ideas get rejected all the time."

Consider historical examples. On May 29, 1913 in Paris, Igor Stravinsky debuted perhaps his greatest work, The Rite of Spring ballet. Up until that point, most ballets were graceful and elegant, full of traditional music. Rite was different. Stravinsky had written intentionally inharmonic notes and arranged around pagan themes. Within minutes of the show’s start, the audience began to boo the performers. Supporters rallied against the discontented audience members, and the show quickly degenerated into an all-out riot. Before the first intermission arrived, police had to intervene to calm the raging crowd. During the second half of the performance, riots broke out again. Surprised by the reaction, Stravinsky fled the theater before the show even ended. Of course, history would vindicate Stravinsky. The Rite of Spring is now regarded as a milestone in the history of ballet and musical composition. Yet, even this legendary idea was initially rejected, which likely came as quite a shock to Stravinsky after he spent years crafting and refining the piece.

Stravinsky isn’t the only one. William S. Sims presented an innovative new firing method learned from the British to his superiors in the US Navy 12 times, each met rejection. It wasn’t until the 13th try, when Sims appealed to President Theodore Roosevelt, that his improved method was recognized. Researchers from Kodak invented the world’s first digital camera in 1975 but, their superiors refused to let them pursue it—a decision many say was the first signal of Kodak’s eventually bankruptcy. At the famous Palo Alto Research Center, engineers from Xerox developed the first personal computer, but across the country at headquarters the senior leaders decided that it wasn’t a fit with their existing business model.

This isn't a new phenomenon either. In ancient Greece, Socrates was actually recorded arguing against the idea of writing information down in books as a useful means for conveying knowledge. The sage asserted that we ought to resist the written word because it would reduce our memory. He may have been correct about the memory, but think of the irony that, had Plato not have written down his debate with Socrates, we wouldn't know that Socrates was against writing.

"Researchers at the University of Pennsylvania found that humans actually hold a bias against innovative ideas."

These aren’t just comical anecdotes about smart people doing dumb things. All four of these examples are part of a larger revelation: humans aren’t that good at recognizing genius ideas. We say we want new, out of the box thinking, but when we’re presented something outside of the box, we fail to realize its true ingenuity. Researchers led by Jennifer Mueller at the University of Pennsylvania found that humans actually hold a bias against innovative ideas. The researchers investigated our perceptions about creative ideas, especially when faced with uncertainty. As part of their study, participants were divided into two groups, with the only difference in the groups being uncertainty about pay (one group was told the exact amount, one group told they could be making the exact plus an undisclosed bonus).  The participants were then asked to take a battery of tests, some judging their explicit beliefs about creativity, innovation, and originality and others designed to examine the assumptions behind their explicit statements. What Mueller and her team found was that, when in uncertain situations, individuals often claim they like new and original ideas, but underneath the surface lies a hidden bias against these exact ideas. This bias can even cause individuals to make poor judgments about an idea’s potential. For an idea to be truly innovative, it must be new and useful. The bias against innovative ideas exists because we only have our past experience to judge an idea’s utility. So while it’s easy to recognize a new idea because it doesn’t fit in past experiences, it’s a lot harder to see that ideas potential because we only have past experiences with which to compare it.

So how do you keep your great ideas from the fate of Stravinsky or Sims? Innovation researcher Everett Rogers may have some good advice. Rogers was the theorist behind the diffusion of innovation curve and the man who coined the term “early adopter.” He studied the ideas that made it through the diffusion curve quickly and found that they shared five things in common:

Who do you consider your professional network? David Burkus tells us that our most power connections in our network lie within our oldest friends. Read More ›