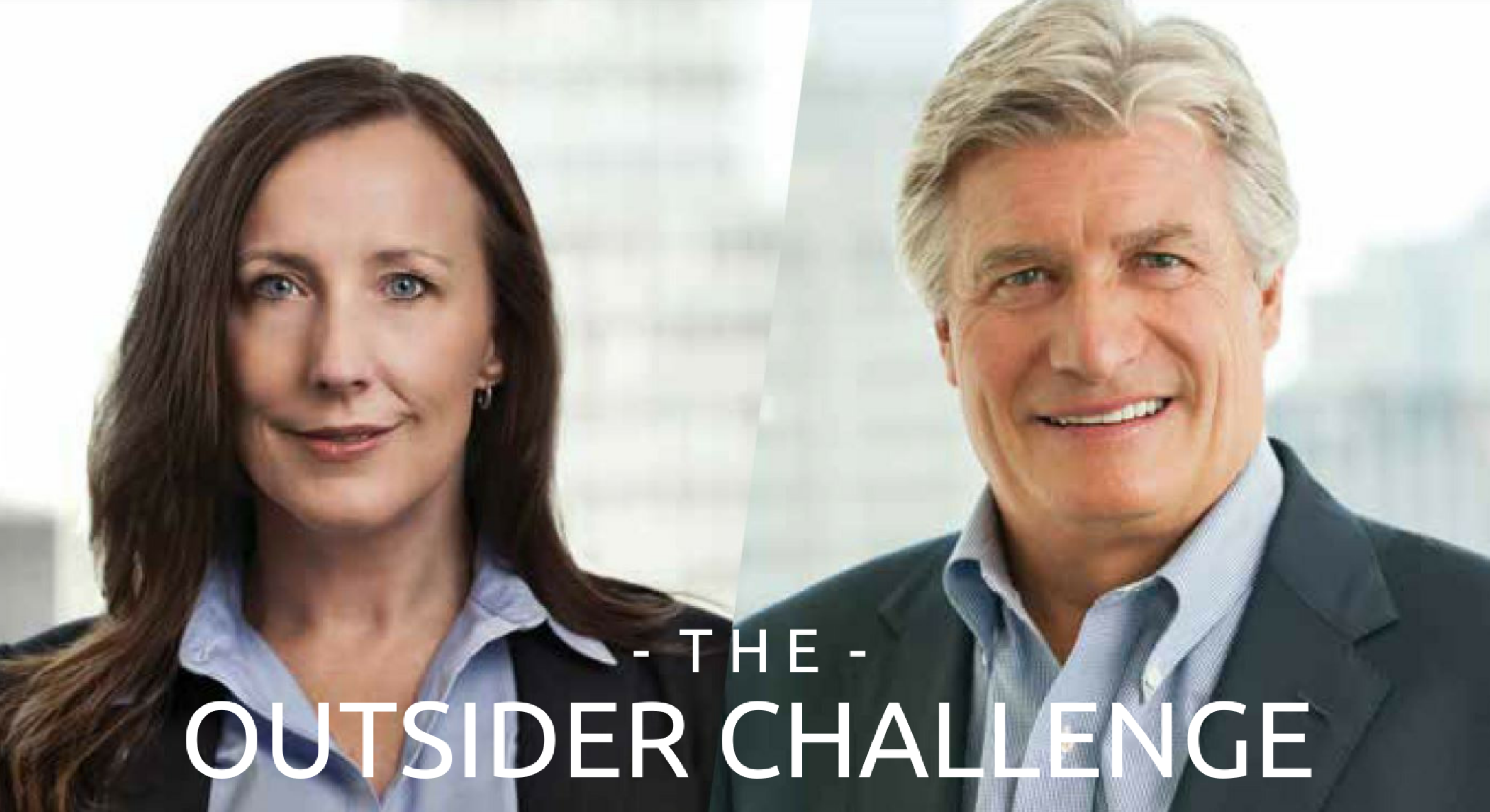 After an extensive search, a private Calgary-based oil and gas manufacturing company hired an outside CEO to take over from its founder, who was retiring. The outsider seemed to have all the prerequisites for success: an impressive track record, an established network in the market and extensive industry experience.

However, soon after taking over, the new CEO began to aggressively introduce change, often without any warning to the board of directors. Coming from a larger organization, the CEO demanded greater autonomy than his predecessor and resisted the board’s attempt to intervene in business decisions. Friction between the CEO and the board became the rule, not the exception.

Is bringing in an outsider a winning strategy?

Not surprisingly, the CEO who seemed like a perfect fit when he was hired exited less than a year into his contract. The board scrambled to find an interim executive to step in. At a time when this company needed to withstand the volatility of the oil and gas market, the company found itself mired in a leadership crisis.

Like so many private and family-owned businesses, this company simply did not understand the challenges of bringing in an outside CEO to an organization that had relied heavily on generations of stable, internal leadership. It’s a challenge that an increasing number of these companies are facing.

Private and family businesses are forced to look outside for a new CEO for a variety of reasons: Founders retire; second- or third-generation heirs are not ready to take over, or choose another path; or there’s a realization that the pipeline of internal leadership talent has run dry or never existed.

Is bringing in an outsider a winning strategy? It really depends on how the transition is managed. However, many boards and founders can be blindsided by the challenges that come with recruiting an outside CEO. At the top of that list is the concern that, without careful planning, the transition to an outside CEO can be disruptive, even destructive, to organizational performance.

According to a June, 2012, study published in the MIT Sloan Management Review, although outside CEOs tend to perform on average just as well as internal candidates, they are not a good fit for every organization.

The most vulnerable organizations will be those that have neglected CEO succession planning. As a result, they will not have anticipated all of the potential pitfalls and challenges of bringing in an outsider. Unfortunately, this is a common risk for private and family businesses.

In most instances, the founders of family companies tend to spend most of their time focused on product or service development. Or, over time, they have become the face of their organizations and are extremely reluctant to leave the helm. In some instances, the company has grown so much that there are no family members with the experience to take over.

An outside CEO can be, in the right circumstances, a good move.The MIT Sloan Management Review study found that companies suffering from pre-existing poor performance or rapid industry growth benefited the most from the fresh perspective that comes with an outside CEO. The study’s authors also found that outside CEOs tended to thrive when they were allowed to bring with them a new executive team.

When Do Outsider CEOs Struggle?

Outside CEOs can make for a difficult fit in small, private and family businesses with a unique corporate culture. In these companies, capital decisions are made in a much different manner, and CEOs are asked to take a roll-up-your-sleeves approach to daily operations. The boards of these organizations also tend to be more involved in day-to-day decision making than those at publicly-listed companies.

This is a difficult challenge for outside CEOs to comprehend, particularly if they come from larger companies and have not taken the time to develop relationships with key internal influencers, customers and partners of their new organizations. It can be even more difficult in the case of family entities, where an outside CEO will need to interpret and execute the interests of the family owners.

In this scenario, it’s not unusual forthe outsider to make too many changes, too quickly, in the post-succession period, without fully understanding the consequences. Not only does this create confusion in the ranks below, it can also cause friction at the board level.

It’s not uncommon to hear new outside CEOs complain that their management teams are incomplete, lack the right experience and suffer from skill gaps, or that their boards are routinely shooting down ideas. Often, these decisions touch on how much cash needs to go back into the business, or requests for more CEO autonomy over major decisions.

In family businesses, many CEOs may have expectations of enlarging and transforming the company, only to find out that the family-dominated board only wants a caretaker for the next generation.

Much to their dismay, far too many outside CEOs find out too late that the fusion of ownership and control on the board of a private or family business is a formidable force.

How can a family or private company fully prepare for the transition to outside leadership?

Boards of private and family businesses must define the relationship with a new CEO as early as possible in the relationship. They will want to make sure that outside CEOs do their homework to truly understand the unique qualities of the organizations they are joining. CEOs, for their part, need to understand how capital decisions are made in these entities, and how to work alongside boards that are actively involved in business decisions. The principle here for both boards and outside CEOs is to ensure everyone is reading off the same page.

The following suggestions for a successful transition are based on stories from outside CEOs who found success in private and family businesses.

It’s never too early to clarify the CEO’s mandate and responsibilities.

It’s critical to be clear on the role and powers of the new outside CEO before someone accepts the position. Explore the degree of input the board wishes to have in decisions and discuss important milestones related to the strategic plan. Make sure the working relationship is acceptable to a CEO candidate right at the outset of the interview process.

Map the different interests of the board, owners and family.

It’s important that the board of directors, family council or ownership council spend quality time with a new CEO to define the culture of the business and expectations for business decisions. Identifying the stage in the company’s life cycle at which the CEO has arrived, and the goals of the board, will provide the new hire with a complete picture and lessen the chances of conflict.

Ensure that new CEOs understand they are there to learn, not just lead.

A common mistake of outside CEOs is to arrive on the first day of work thinking that they already have all the answers. When looking for an outside CEO, try to find someone who wants to work hard to understand exactly how his or her new organization works. An outsider CEO must engage employees by asking a lot of questions and genuinely listening to what people have to say.

Anticipate the impact a new CEO is going to have on your people.

Boards must ensure the outside CEO actively manages the anxiety and trepidation that can spread through a private or family business when an outsider arrives. Not anticipating this reaction, or dismissing it as weakness, can trigger widespread fear, which could block attempts at change. It’s critically important that the boards of family or private companies make this a priority to ensure a smooth transition.

The most vulnerable organizations will be those that have neglected CEO succession planning.

The board should communicate to its new outside CEO that preparing for future CEO succession must begin the first day on the job. CEOs must be able to map out the top talent and make tough people decisions early on to remove underperforming leaders. Failure to act decisively in this regard can undermine a new CEO’s currency. Failure to adequately plan for the next succession can undermine the entire organization.

If the board isn’t sure what it wants, and the CEO is inadvertently encouraged to be too aggressive or presumptuous, then conflict will surely occur.

How can a private or family-owned business troubleshoot these problems and find solutions that allow for a seamless transition? If this is the first time a company is reaching outside for a CEO, it will be very difficult to anticipate all of the pitfalls. In these circumstances, one of the most important things any board or CEO candidate can do is reach out to other companies to hear directly about their experiences.

Talking to board members from another company that has been through this difficult transition will give any company a much better understanding of the full range of dynamics that comes with outside leadership. 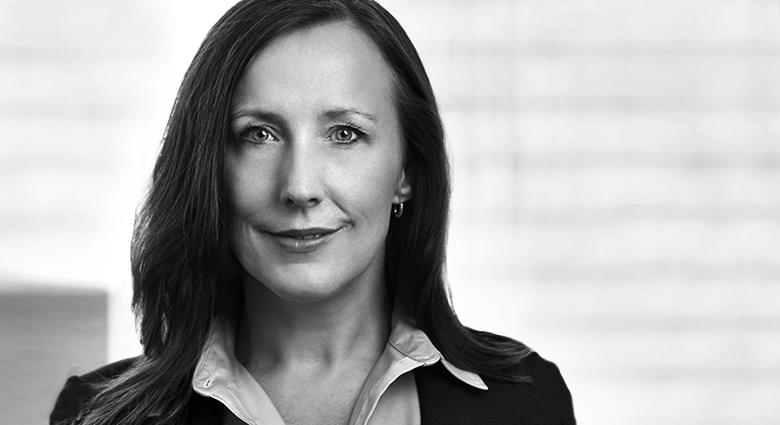 Seonaid Charlesworth works with C-suite and executive successors to understand what they’re capable of and what could derail their success. She has assessed over 400 executives in Canada, US, UK and South America.