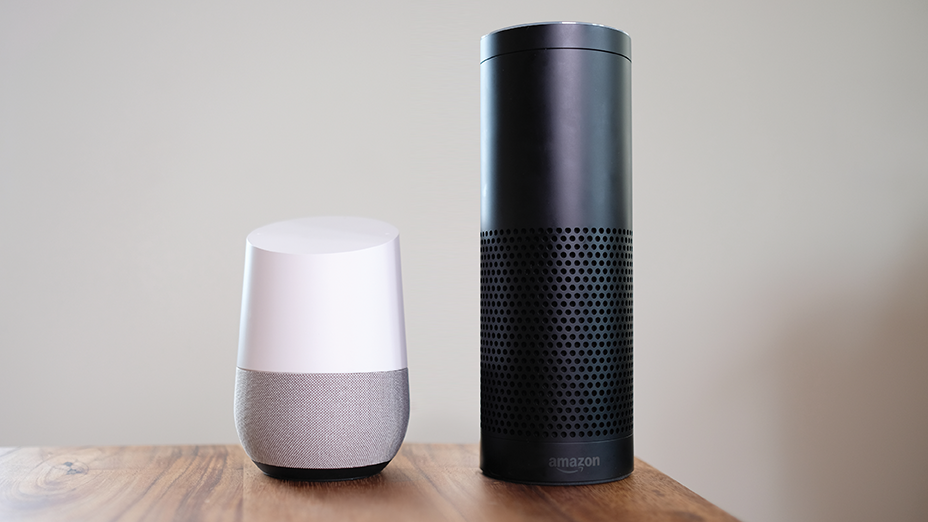 One of the short-term technology innovations that will cause a lot of disruption in marketing and advertising is the move from fingers, mice, keypads, clicking and more to voice commands. We’ve been seeing this coming for years, but Amazon Echo, Google Home, Apple’s Siri and Microsoft’s Cortana are growing up and taking over. Voice is the new navigation. Voice is the next navigation. It’s happening now, and it’s becoming more obvious with each passing day.

What happens when a technology gets a sembalance of adoption?

You guessed it... advertising. If you would like a primer on just what kinds of advertising is already happening (and, it ain’t pretty), go ahead and Google the cNet article, Ads for voice assistants are here and they’re already terrible. From the piece:

“... who likes the idea of more ads? Cramming them into smart speakers could mess up the whole experience just as these devices are starting to take root. Amazon, Google and advertisers will have to tread lightly (or maybe that’s asking too much and they’ll keep trolling us like BK did). Let’s be clear: This is an area that the ad industry won’t be able to resist. Early adopters of smart home devices like the Home and Echo tend to be tech-focused and wealthier, a highly desirable audience for brands. Also, the number of people to pitch is growing fast, with an estimated 1.8 million smart speakers sold last year and 15.1 million expected yearly sales by 2020, according to researcher Strategy Analytics. If advertisers can find ways of reaching these folks, without being bothersome, they could see big benefits.”

Keywords: "without being bothersome"

This is not how it has been rolling out (so far). As described above, the first big splash at making voice look relatable for brands came from Burger King. The idea seemed clever and innocuous enough: the fast food burger chain launched a fifteen second ad back in April that featured one of their employees leaning into the camera and saying, “OK Google, what is the Whopper burger?” This triggered many consumer’s Google Home devices to suddenly start reading off the Wikipedia entry for the Whopper. To some, this was clever. To some, it was humorous. To some, it was annoying. To some, it was infuriating. Within three hours, Google disabled it. That wasn’t the end of it. Many consumers (some might say “smart consumers”) started trolling the Wikipedia entry by adding in words like “toenail clippings” and “cancer-causing.” Wikipedia has to lock the entry, so only authorized Wikipedia editors could change it.

Screenless advertising is going to be tough for many brands.

It would be easy to keep dumping on a brand that is trying to do something with technology, knowing full well that those who are trying to lead from the front are often the ones who are getting the arrows in their backs. This is less about Burger King and much more about what kind of advertising will truly work in a screen-less world. Voice isn’t just about how consumers will navigate and engage with technology. The more voice that consumers use, the less screen time there will be... and that’s a fundamental shift in dealing with attention, interest, desire and action. To put things into perspective, half of all searches will be voice searches by 2020 (according to Tractica) and, in the United States, Americans’ use of voice-activated assistant devices grew almost 130% over last year (according to eMarketer). The implications are staggering. Asking a voice device for information won’t lead to a typical screen with multiple search result options (both organic results and paid ones). The consumer expectation is (and will be) that the voice assistant will simply spit back the right answer... no need for a screen... no need for multiple choices.

It gets bigger and more complex for brands.

It’s not just the “voice” part but the “assistant” part as well. These voice services are quickly being developed and integrated to solve consumer problems. From the little stuff (like ordering pizza) to the more complex (like diagnosing an illness). And, while this is all in its infancy, the speed of innovation, development and deployment is staggering. Voice technology will change the way that consumers engage with brands and technology. There is no doubt. Right now, brands need to be thinking very seriously about what their voice will be? What kind of advertising will work - right now - so that a brand can be the only result when a consumer is asking about them (or their services)? What kind of audio content should brands be developing right now to augment the advertising with relevant content (think about how blogging and content marketing is used to balance paid search results to date)? How big is the current market for voice and how long should a brand wait for this market to mature? Is there an “innovation lab” play for brands today with voice? How will voice play out beyond these home assistant devices to smartphones, automobiles and public spaces?

Let's face it: voice as navigation is where consumers want technology to be. Brands need to think about their role in this today.

Simply put, Alan Roger Mulally is the Bruce Springsteen of CEOs - the consummate frontman. For 37 successful years, he was the Executive Vice President of Boeing and the CEO of Boeing Commercial Airplanes. He joined the Ford Motor Company in 2006 with the company in turmoil. Shortly after, he secured enough private money to keep the company afloat. Read More ›