From Atoms to Bits to Atoms 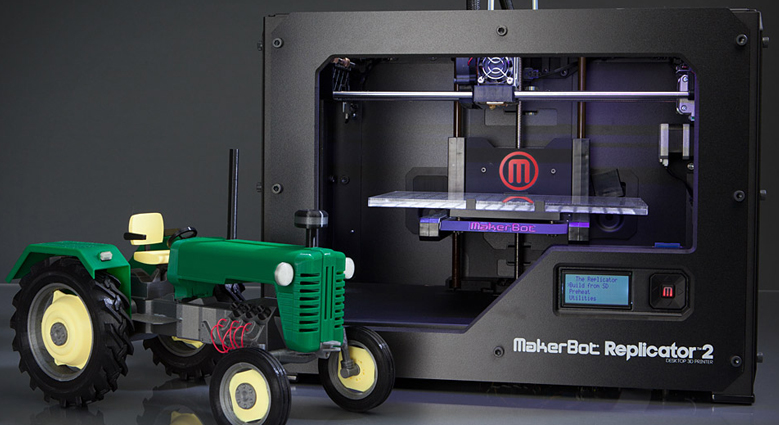 Something amazing happened in early October of this year.

Welcome to the Era of Makers.

A spacecraft launched from Cape Canaveral, Florida and made its way to the International Space Station carrying close to one thousand pounds of supplies. The SpaceX Dragon made history, because it was launched by a private corporation (Space Exploration Technologies Corporation) as a commercial venture and not a part of the government's NASA program. Many are calling this the re-invention of the space program, and with initiatives like Richard Branson's Virgin Galactic (offering customers a suborbital space flight) we are beginning to enter a new dawn in space travel and entrepreneurship. Putting aside the incredible resources and decades of research and development, red tape and more that needs to happen for commercial space travel, it's equally incredible to think about what it takes to build and engineer a commercial spacecraft. You can't exactly buy the parts at Home Depot.

Welcome to the era of Makers.

Whether you are trying to fabricate a space craft fuselage or you have designed a new toy that you're selling on Etsy (the popular e-commerce website that enables individuals to sell their hand-crafted goods to the world), the ability to fabricate complex physical items and sell them - because of our connected society and technological advancements - has never been easier. According to Chris Anderson (editor-in-chief of Wired Magazine and bestselling business book author of The Long Tail and Free), these nascent days of basement developers (also known as Makers) is fueling the next industrial revolution of our times, and it's going to create a profound shift in our global economy. Anderson's latest book, Makers - The New Industrial Revolution (Crown Business, October 2012) tells the amazing story of how 3-D printing coupled with open source design and the entrepreneurial spirit is beginning to take hold. Imagine being able to read a book about the potential of the Internet back in 1995. Makers offers that kind of prophetic prose. Manufacturing from your desktop may sound as crazy as Microsoft co-founder Bill Gates did when he said close to forty years ago that a computer would be on every desk. With smartphones, iPads and laptops, we have computers coming out of every nook and cranny of our lives. What makes it so hard to believe that the power of manufacturing won't be turned on its head the way Anderson and the Makers Movement are claiming?

Ask yourself this question...

We are beginning to enter a new dawn in space travel and entrepreneurship.

If you could design anything on your computer and then hit a "make" instead of "print" button, what would you create? It's almost silly to consider this Makers Movement a subculture at this point. From electronics, robotics, and 3-D printing, the emergence of this DIY (Do It Yourself) culture is quickly moving from bits (software and platforms) to atoms (physical stuff). The 2012 edition of the Maker Fair held in San Mateo, California this past May hosted over 120,000 attendees. The event, created by Make Magazine (published by O'Reilly Media), now hosts Mini Maker Fairs all over the world. It is the combination of social media technology and a dropping cost to manufacture 3-D printers that is creating this groundswell of interest. Makers often share their designs and collaborate on projects at a global level. DIY is quickly evolving to DIWO (Do It With Others). The movement is reminiscent of the informal get-togethers of technology and electronic hobbyists that was the Homebrew Computer Club (from 1975 - 1986). Yes, the very same place that helped inspire Steve Jobs and Steve Wozniak to create Apple.

For about $2,200 you can order Makerbot's Replicator 2. The desktop 3D printer is ideal for creating professional quality models and it can handle smaller projects, but we're still not at the point where individuals will be rolling out a newly manufactured car off their basement floor and into a showroom... at this point. To put that price tag into perspective, Apple's first laser printer for the home (the LaserWriter, which was launched in 1985) had a retail price of $6,995 and pounded out a rocking eight pages per minute. Indeed, Maker technology is nascent technology, but there is an increasing demand from consumers to have personalized products. As personalization continues to grow, the ability to manufacture cheap, fast and close to consumers will enable these networked designers and machines of the new industrial revolution to create not only a mass quantity, but a customized quantity. The business possibilities and opportunities are endless.

As many businesses grapple with Internet and mobile technology, the Maker movement may well change the entire landscape as we begin a new dawn in manufacturing... right from your desktop.