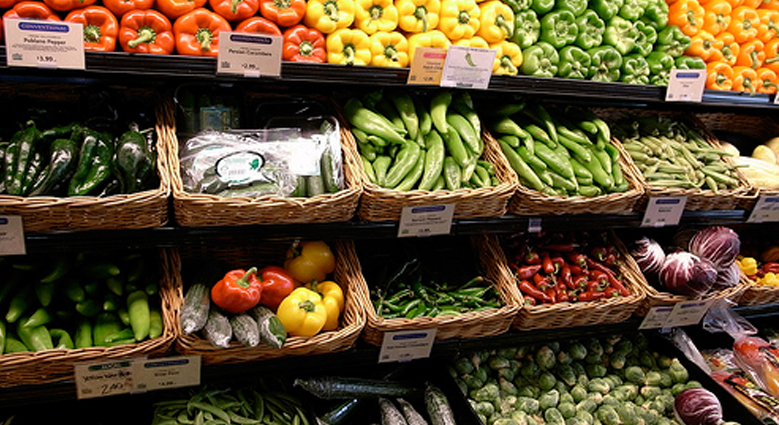 Walmart might move in down the street and under-price you, but they can't take away your story. The stories of three small businesses might help you outfox your biggest competitors.

Any business can be turned around with a simple idea.

Effective branding and communication does not need to cost a gazillion dollars. It does, however, require a whole lot of creative thinking, great storytelling skills, and, of course, you’ve got to be doing a great job and offering impeccable service. With that in mind, here are three real examples of businesses that found creative solutions to their marketing problems.

After seeing the owner of my local fruit and vegetable store continually lose business to the big chain down the road, I suggested he change his signage. "Why?" he asked, "There’s only so much you can charge for an apple when you’ve got a Walmart down the road selling them for less than half."

So asked him to explain the difference between his apples and those being sold in Walmart. He told me that he woke up each day at 4 a.m., headed off to the market where he hand-picked every item of fruit sold in his store. By 8:00 he was back in time to open. "It’s the best, and by far the freshest produce," he said.

Well, how was anyone to know? The fact that he sold the freshest consumables in the neighborhood was never communicated. So I decided to ask him to take a photo of the fruit and vegetables as he was buying them the next day. A snapshot for each purchase.

The following day, I arrived at his store with a stack of small cards and a black marker pen. As he talked me through his photos I noted the day’s date, and time of purchase on the card, followed by a short comment.

BANANAS--Extra sweet, direct from the market at 6:24 a.m. today.

His business has changed, and he’s now known around these parts as "Fresh Fritz," which is no coincidence, I guess.

In the current economic climate, expectations of customers flooding through the doors of a newly opened business can be relegated to the realms of Hollywood fantasy. The fact of the matter is today’s entrepreneur needs to be a marketing genius, an expert in social media, a public relations maestro, and a skilled negotiator. And lest I forget, they also need to be a dynamo at sales. Given this superhuman combination of required skills, it’s hardly surprising that each year more than 500,000 mom-and-pop stores are forced to close. According to the Small Business Association’s Office of Advocacy’s statistics, the number is rising at an alarming rate.

A few months ago, I took my seat at my usual booth at my favorite restaurant on the outskirts of Zurich. Nadia, the highly charismatic owner, greeted me with a strained expression on her face. It looked like she hadn’t slept in days. It turns out she hadn’t. During the course of our conversation, it emerged that her restaurant was in trouble. She was behind on all her payments, and suppliers were threatening to cut deliveries.

Apart from an elderly couple, sitting in a corner beside the front door, I was the only customer. Failing some act of divine intervention, yet another mom-and-pop restaurant seemed doomed to disappear from the urban landscape. I’ve seen this happen all too often, and I’ve secretly become a kind of Gordon Ramsay -- making a hobby out of rescuing the odd brand whose business is sinking faster than you can say the word "Titanic."

I’ve been coming to Nadia’s restaurant for years. The food cooked by her husband is scrumptious, the atmosphere couldn’t be more congenial, and the service is simply superb. So, I wondered, where were all the customers?

On my way home that evening, I happened to notice that the street where Nadia’s was located was quiet and a little dark. In fact it’s situated at the sleepy end of a very sleepy street. There were no welcoming lights beckoning one in. A far cry from the bright lights of Las Vegas, where people jam the footpaths sneaking peeks at all manner of flashy invitations. I couldn’t help but think Nadia’s restaurant was in need of just such a bright flashing calling card. Perhaps a few burning torches would do the trick.

During my neuroscientific research for my book Buyology, I learned that we’re hardwired to stare at fire. It first grabs our attention, then it commands a sense of fearful respect, followed by feelings of celebration. It’s a combination of responses that forces us to sit up, take notice, and then act. Could this be the answer to Nadia’s problems? It was worth a few bucks to try. The next day I set out with a team to enliven the restaurant with flaming torches.

While there, I noticed a young couple stopped by, checked out the menu, and then left. A few minutes later, two men did the same--paused, scanned the menu, and promptly moved on. I was baffled. What was the real problem? It then occurred to me that maybe it was just too dark to see the menu. Within half an hour a battery-driven light cast its glow on the menu, making it bright and easy to read. That evening, the restaurant was surprisingly full--and in fact, it has been ever since.

After delivering a speech in Australia, a plumber approached me for advice. I suggested he spend $500 on radio commercials, but not your usual ad spot. I advised he prepare an IMPORTANT MESSAGE FROM PLUMBER PAUL. The message promised listeners a sticker they could place on any plumbed appliance for a 50% discount on future service. But they could only get the sticker if they grabbed their Yellow Pages (it was over 10 years ago!), tore out all the pages in the plumber section, and mailed them to Plumber Paul, PO Box 2199, Sydney. Think about that one for a sec.

Plumber Paul has gone from strength to strength. From a single operator, he now employs over 200 people in his business.

So what’s holding your business back? Dare I say, nothing really, except for perhaps a bit of imagination, a bit of courage, and most importantly, the belief that marketing doesn’t have to cost a fortune.