A Life Without Technology 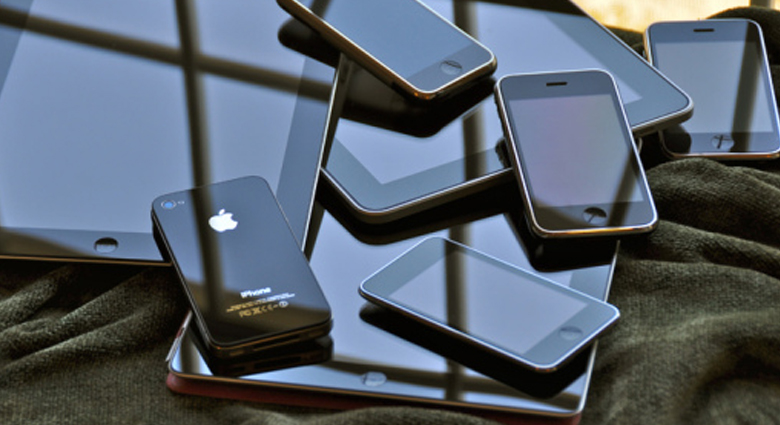 There’s no doubt that technology brings with it some scary things. The scariest of them all is the uncertainty. Human beings are creatures of habit and any introduction of anything new typically raises an eyebrow (at least) or pitchforks (more often). It’s a somewhat common theme that is tiresome to me, but one that rages with debate throughout the times. If you study history, many of the same arguments that are made as to why the Internet is ruining our society and culture can be found when we first saw the introduction of public speaking, the printed word, telecommunications and on and on.

The common plight of smartphones and mobile devices is that they are shackles that handcuff an employee to their work – twenty-fours hours a day and seven days a week. While your boss may have an expectation that because you have a BlackBerry you should be responding to their emails at 6 am on a Saturday (emergency or not), this is less about your boss’ disposition and more about a common lack of education as to how to use technology to get the best results. Many people are often shocked to hear that my iPhone never makes a peep. I get one silent vibrate for text messages (and I’m quick to block those that I do not know) and two vibrations for a phone call. My iPhone will not beep, vibrate or blink when emails, tweets, or Facebook updates arrive. Why? It’s my job to best manage my technology (and not the other way around). The people I work with know that email is the best form of communication with me and that if it’s an emergency, to please call. On the other side of this communication, I check my emails (and other digital notifications) when I want (not in the moment that they happen). The phone does ring, but it’s only on a rare occasion (for those emergencies).

There’s a macro lesson here: if you think your kid is spending too much time on their iPad and not enough time outside getting some exercise, don’t blame the iPad. Before the iPad, they were playing video games, and before video games they were watching TV, and before TV they were reading comic books. Throughout history, you will uncover generations of youth who would rather sit around and play than go outside and play. It’s not technologies’ fault that a kid is lazy… it comes down to parenting, values and the child’s disposition.

The Waldorf School of the Peninsula is one of over 150 Waldorf schools in the United States that doesn’t allow technology or gadgets for students up until the eighth grade. These are not the wired classrooms we keep hearing about. In fact, they’re traditional classrooms – the ones you might see in a Norman Rockwell painting (yellow pencils, wood desks and all). The reason why this particular school is getting so much attention is because it is located in the heart of Silicon Valley and hosts children whose parents work at companies like Google, Yahoo! and Apple. It seems so counter-intuitive that the story (which I originally saw in The New York Times in late October 2011 titled, A Silicon Valley School That Doesn’t Compute), has become a hotly discussed topic… Where else, but online.

Do kids need Google? Can kids learn math better from a teacher than an iPad? What good is an education if a child can’t learn how to use a physical dictionary? You can see how the discourse evolves. The answer to the question is (obviously) no. Kids do not need Google, a great math teacher is much better than an iPad app, and it’s important that kids know what a book is. But, there’s something else we need to remember: our values were created in a different time and in a different place. Let’s rephrase the question: am I doing my child a service or disservice by not allowing a component of their education to include computers, technology and connectivity? This is not a zero sum game. Think about it this way: the current jobs that the majority of my friends are working at didn’t even exist as occupations when I was in High School. Should a child be lugging around five textbooks in a backpack that’s causing them spinal disc herniation or does an iPad not only enable them to have a lighter load, but the ability to also create, collaborate and engage more with their peers (when used correctly).

Do kids need Google? Can kids learn math better from a teacher than an iPad? @MitchJoel

Look into the future. What do you see? Do you see a world of cubicles, desks and paperclips, or do you see a very different world? So, while some may think it’s important to keep technology away from our kids for as long as possible, I’m open to argue that it’s not an all-or-nothing proposition. I can’t imagine my kids ever using a HB pencil when they finally enter the workforce… In fact, I’m willing to bet that they probably won’t even be using a keyboard and a mouse on a computer like we do today. So yes, history is important, but not more important that preparing them for the future.