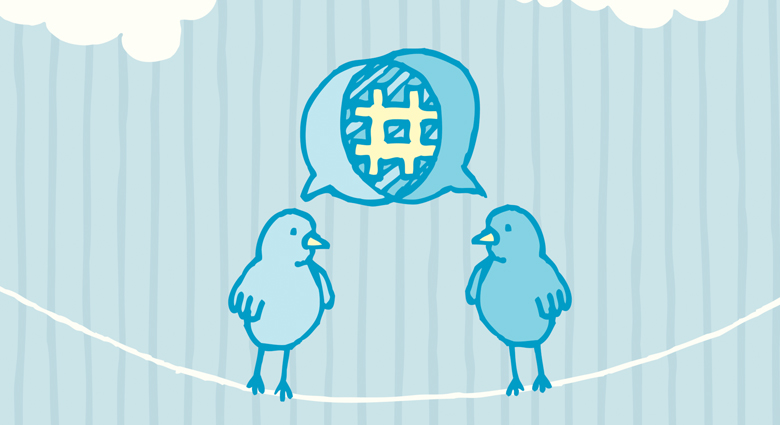 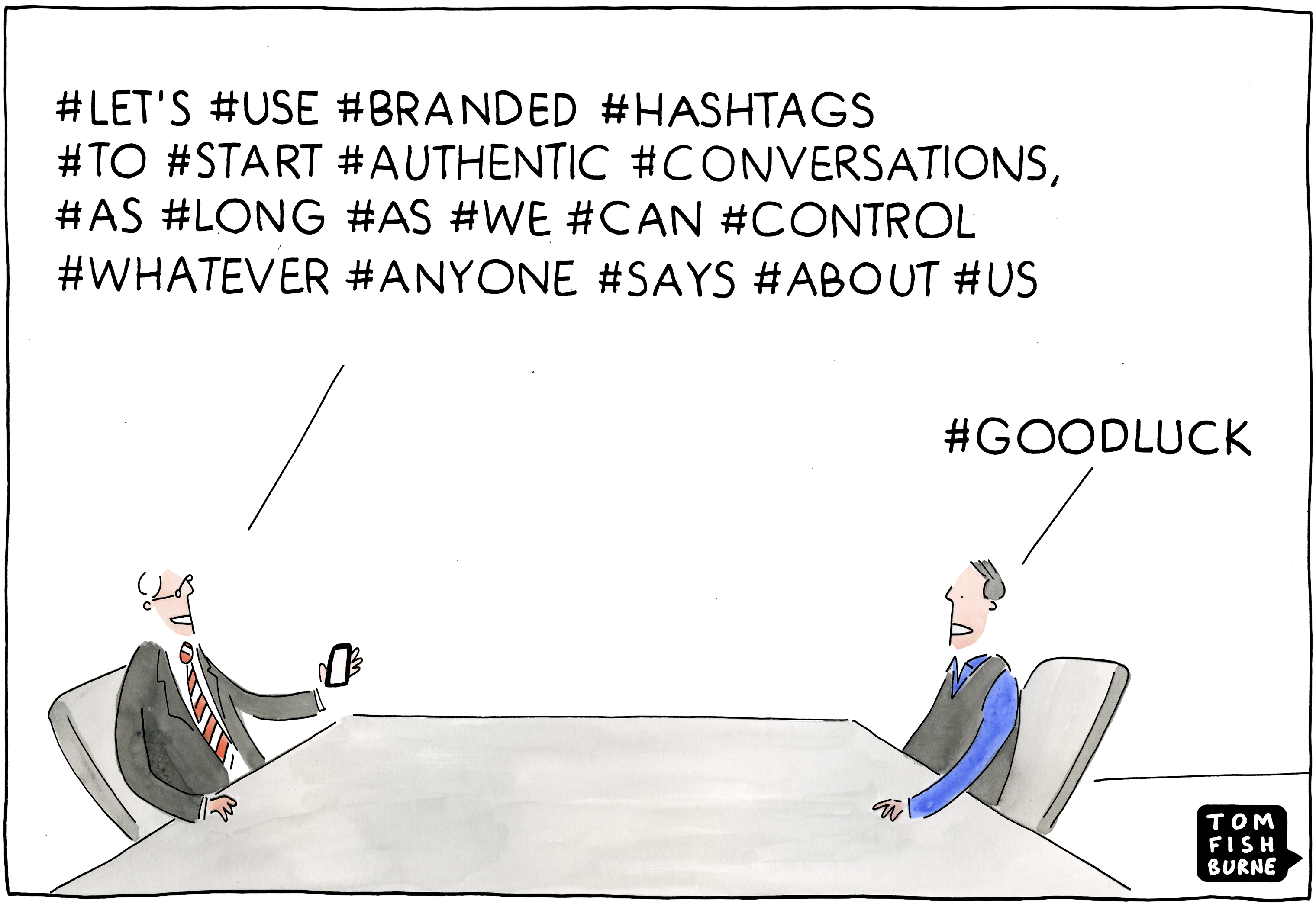 But there’s a fundamental difference between hashtags and a URL. Brands aren’t in control of hashtags. JPMorgan Chase discovered this the hard way when it scheduled a live Twitter chat with the hashtag #AskJPM, inviting people to submit questions. The hashtag quickly started trending, but not for the reasons JPMorgan expected.

“Did you have a specific number of people’s lives you needed to ruin before you considered your business model a success? #AskJPM”
“If it came out Jamie Dimon had a propensity for eating Irish children, would you fire him? What if he’s still “a good earner”? #AskJPM”
“Is it the ability to throw anyone out of their home that drives you, or just the satisfaction that you know you COULD do it? #AskJPM”


It’s the same lesson that McDonalds famously discovered with #McDStories (which quickly devolved into snarky comments about Type 2 Diabetes and how McNuggets are made). When consumers are invited to talk about a brand, they’re not always going to say nice things.

Marketers refer to this phenomenon as “Hashtag Hijacking”, but that’s a misnomer. Hijacking implies that brands own the hashtag at the start. Unlike traditional marketing messages, brands can’t script the narrative. Brands can spark conversations, but they can’t control them.

A hashtag alone does not make a conversation. They are only a means to an end.

Many marketers assume that consumers are dying to join a brand’s conversations. Instead, consumers have conversations with each other. Brands can be a part of those conversations, but the best examples I’ve seen are when they enable and extend conversations that consumers are already having.  My favorite branded example remains Oreo’s 2012 “Daily Twist” campaign.  To celebrate 100 years of the Oreo, Oreo posted a new image every day for 100 days, using the Oreo to celebrate different events. It launched with a Gay Pride Oreo, and continued with Shark Week, Mars Rover, Elvis Week, 40 years of Pong, and 95 other images.

In India, the dairy brand Amul has been executing a similar strategy with a weekly cartoon for decades.  Each week since 1966, Amul has released a new cartoon on billboards across India that riffs on topical issues, from politics to Bollywood to cricket.  The cartoons aren’t about the butter.  They’re about conversations that matter to their consumers in India.  No wonder this campaign won a Guinness World Record for the longest-running ad campaign in the world.

A hashtag alone does not make a conversation. They are only a means to an end. 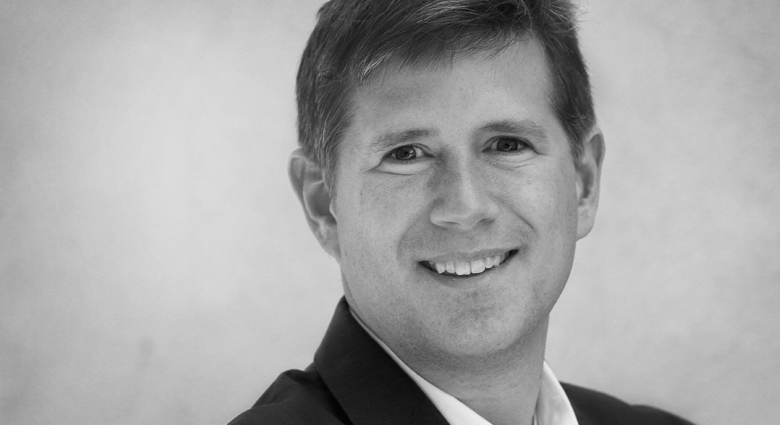 Marketers love chasing the shiny new thing. It seems like every week, we learn about a new technology, social network, or media platform that promises... Read More ›

Is Your Brand Creepy?

Retargeting has taken the advertising world by storm. No longer do advertisers have to hope that an audience they want will be found at a particular... Read More ›

Preach To The Choir

In marketing, one size does not fit all. One size fits none. Many brands try to be all things to all people. General Mills CMO Mark Addicks once commented... Read More ›