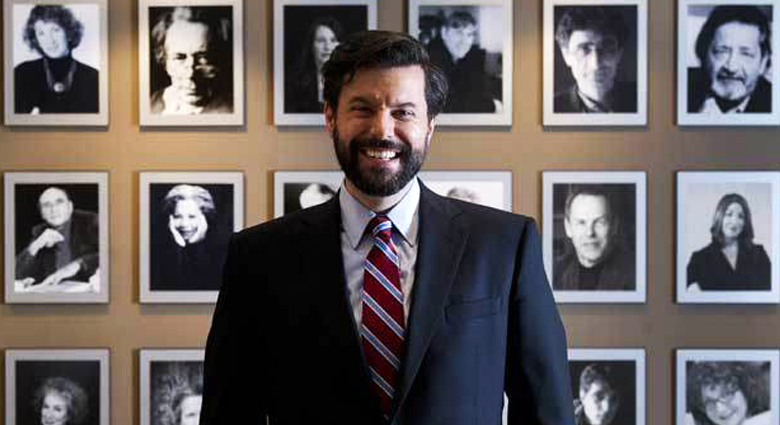 In the book you talk about how forming habits can help us save energy and brainpower. Does that mean habits make us more efficient?

Absolutely. It’s a way for our brain to seek out an opportunity to achieve the same behaviour with less energy expenditure and less thought assigned to it. That’s why habits exist.

Efficiency is very important when it comes to neurological activity because the more efficient the brain is at certain activities, the more mental space you have to, for instance, dream up new things or think about something else.

But can’t habits – even good ones – sometimes lead to a lack of flexibility and adaptability within organizations?

Efficiency and adaptability are always in conflict with each other. When something becomes more efficient, by its very nature it tends to be much less flexible.

As habits develop, particularly in corporations, people stop paying conscious thought to the activity they’re performing. They lose some of that flexibility, which is why predictable accidents happen.

You suggest that it’s important for organizations to form “keystone habits,” which can percolate into everything they do. For instance, as CEO of Alcoa, Paul O’Neill focused on worker safety. But how do you get employees to buy in?

The trick is to find the keystone habit that employees can intuitively see some sort of correspondence with.

For Paul O’Neill at Alcoa it was safety. There was a huge amount of concern around people showing up for work and getting injured. Nobody feels comfortable going to work and believing they are going to get hurt.

So if somebody comes in and says, “look, I’m going to make sure that nobody gets hurt today,” that’s something that people can buy into.

If, on the other hand, Paul O’Neill had said, “look, you’re going to show up every day and the keystone habit is making as much money as humanly possible, but your wages will stay exactly the same,” obviously no one is going to buy into that.

At Alcoa, the line workers couldn’t participate in the benefits of greater efficiency – there’s no inherent reward in that for them – so they focused on the things that actually impacted their lives, which in this particular case was safety.

You write that the golden rule of habit change is belief and you explain how Starbucks creates a belief system by teaching its employees virtues like self-discipline. Do we really want to put our faith in brands?

Allowing companies to create habits and take advantage of their training doesn’t mean you’re handing over your ability to think.

A lot of people need these highly structured environments that give them an opportunity to learn, and it’s very beneficial for them to go work for companies like Starbucks.

That said, ultimately what Starbucks is teaching is the ability to marshal your own willpower, critical thinking and the ability to set goals and plans.

Hopefully people walk away from that experience with a better understanding of how success occurs, which means they have the tools to take greater responsibility for their own lives.

One of the most fascinating and frightening chapters of your book details how retail brands like Target track our habits with such precision that they can tell whether someone is pregnant before she’s even told her family. How do brands take advantage of all the data out there without crossing into creepy territory?

There’s a trade-off happening within society. Most of the advances that create convenience in a buying experience also create data.

The reason why that convenience is created – despite being expensive for companies – is so that they can get the data. People need to make a choice about what type of trade-off they’re comfortable with.

People are totally comfortable with this trade-off in the online realm. Nobody ever really feels like Amazon is creepy for suggesting books to customers. It’s when it gets offline that people seem to have some issues about it.

But I think that conception of privacy is changing, and as people become more comfortable and familiar with the precise formula of this trade-off, people will be able to make more informed choices.

That’s what stops it from being creepy. It’s just: Where do you fall on that line?

The book’s thesis involves what you call “the habit loop,” which consists of a cue, a routine and a reward. You also suggest that marketers need to create a “craving” for their product in order to tap into that loop. You use toothpaste as an example. Is this true for content as well?

For a lot of people, coming to an online magazine is not a habit. They’re coming because they’re making a conscious decision to do so. But there is some online behaviour that is habitual: people clicking through their favourite websites, for example.

They go to the same sites over and over again because they are looking for some sort of distraction and they become habituated to seeking distraction in this one particular form. It happens all the time.

"A lot of people need highly structured environments that give them an opportunity to learn."

And clearly lots of websites out there do a good job of exploiting that craving!

The reason for that is because the sites want it to become habit forming to click to the next page – you get this burst of entertainment and then move immediately to something new.

Charles Duhigg was awarded the 2013 Pulitzer Prize in Explanatory Reporting as a member of The New York Times staff for the series “The iEconomy,” which examined Apple’s manufacturing practices overseas and what those practices can tell us about the American economy.

Instead of developing products in the west and bringing them to emerging markets, brands should do just the opposite, argues Vijay... Read More ›