Duhigg melds cutting-edge science, deep reporting, and wide-ranging stories to give us a fuller, more human way of thinking about how productivity actually happens.

Charles Duhigg was awarded the 2013 Pulitzer Prize in Explanatory Reporting as a member of The New York Times staff for the series “The iEconomy,” which examined Apple’s manufacturing practices overseas and what those practices can tell us about the American economy. Duhigg is also the winner of the National Academies of Sciences, National Journalism, and George Polk awards, and a frequent contributor to television and radio, including PBS NewsHour, Frontline, Dr. Oz, This American Life and various programs on CNBC and NPR. He is a graduate of the Harvard Business School and Yale College.

Charles Duhigg’s The Power of Habit: Why We Do What We Do in Life and Business has spent over a year on the New York Times bestseller list. The book contains specific strategies that can transform lives and workplaces. It details scientific studies on boosting willpower, replacing bad habits, and revolutionizing companies’ productivity. Duhigg’s latest book, Smarter, Faster, Better (March 2016), applies the same relentless curiosity, deep reporting, and rich storytelling of The Power of Habit to explore the science of productivity. Duhigg illustrates his concept with compelling case studies from the U.S. Marine Corps, the FBI, and the Disney Animation team behind Frozen, among many others.

Duhigg’s inventive and practical books and his accomplishments as an investigative reporter for The New York Times have made him an in-demand speaker for organizations such as the UCLA School of Management, M.I.T., The Johnson Foundation and the Pasadena Art and Science Festival. Full of compelling narratives, Duhigg’s lectures draw on insights from the likes of Howard Schultz (Starbucks CEO), Tony Dungy (Super Bowl-winning football coach), and Bob Bowman (coach of Olympic legend Michael Phelps). 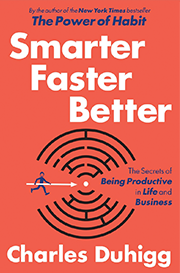 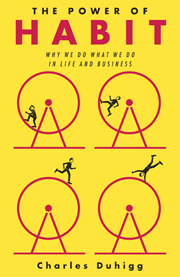 Have you seen Charles Duhigg speak? What did you think?

"Companies aren't families, they're battlefields in a civil war." - @CDuhigg