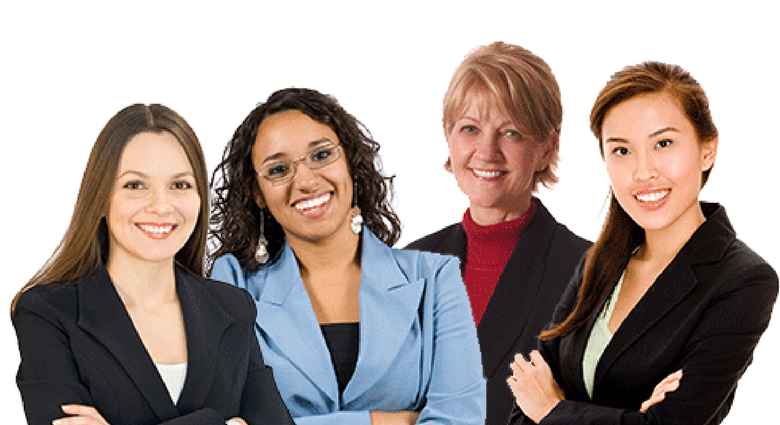 Gender equality has come a long way. The milestones are easy to plot out, from voting rights to decreasing barriers for women entering the workforce. Examples of overt discrimination that used to be the norm are now punishable offences or, at the very least, frowned-upon behaviour. And we’ve gone from segregating employment ads for males and females to examples of successful women in just about every industry and occupation—from corporate CEOs to combat military personnel.

As co-CEO of an organization dedicated to the advancement of women in the workplace, I’m elated by the progress women have made. I’m also shocked when anyone suggests that we’ve largely solved the problem of gender inequality. And it’s an argument that I’ve heard, in varying forms and degrees of conviction, from both men and women.

The major issues have been addressed, so we’ve fixed it, right?

I like to respond with this analogy: gender inequality is like a weed, and though we may have lopped off the stem sticking out of the ground, the roots run deep. Fortunately, we’re starting to dig. In short, no, we haven’t fixed it.

Let’s look at the big picture: last year, the World Economic Forum predicted it would take until 2133 to achieve gender parity. The most disappointing part of this estimate? It put us 38 years further from the goal as compared to their 2014 prediction, which suggested we would close the gender gap by 2095. That means global progress hasn’t just stalled, it is heading in reverse. And if you think Canada must be an exception to the rule, think again. In that same Global Gender Gap Report, our 2015 ranking was 30th out of 145 economies. In 2006, we were ranked at 14.

Narrowing the scope to employment, we see similar stalled progress. Yes, doors have been opened to most professions, but getting in has proven easier than moving up. In the political sphere, according to UN data, we’re currently sitting at an all-time peak of 19 female heads of government or elected heads of state (in some cases, they are both). For context, there are 196 countries in the world.

In the corporate world, the benchmarks are equally disappointing: women hold less than five per cent of Fortune 500 CEO roles, and just over fourteen per cent of the top five leadership positions at S&P 500 companies. A report by executive search firm Rosenzweig & Company found only 45 women in the highest-paid positions in Canada’s top 100 listed companies in 2015, the equivalent of 8.5 per cent. And on the whole, Canadian women are making 27 per cent less than men—a gap that has barely budged in the last ten years.

These markers paint a picture of where we’re at, but they don’t explain why we’re there. Why has progress stalled? How could we still be this far from equality, when we’ve already tackled the big issues?

Like most large and complex problems, there is no singular, simple answer, but there is a common thread: discrimination that is subtle, subconscious, and pervasive.

Unconscious bias is the term most often used to describe all of the preconceived notions and preferences that guide our decisions without us being aware of it. It can also be called hidden or implicit bias. Laura Liswood, a thought leader in diversity and inclusion (whom I had the great pleasure of meeting at our Global Senior Executive Dinner in Washington, D.C. last year), coined the term “grandma” to refer to all those things we have learned in our past that stay with us as adults, and ultimately impact our behaviour in the workplace. By any name, it limits opportunities and creates disadvantages.

Numerous studies have shown that unconscious bias can cause hiring managers to give unequal weight to candidates with equal qualifications, or for women to get negatively judged for negotiating a raise (too aggressive!) while men are applauded for the same behaviour (a go-getter!), or for mothers to be perceived as less competent and committed, or for white males to erroneously believe that they are operating in a meritocracy. It can even impact women’s perceptions of themselves, how they feel they should act, and what they see as achievable in their own career.

At the end of last year, Women of Influence partnered with American Express Canada on a study that explores female ambition in Canada. It yielded very interesting results. While 51% of women surveyed defined themselves as ambitious in their careers, and over 80% scored themselves high on skills they identified as necessary for successful leadership, only 32% believed the c-suite is within reach.

In a culture filled with male CEOs, is it unreasonable for a woman to subconsciously view the role as unattainable?

This is the key reason Women of Influence offers events featuring female role models at the podium, and profiles in our magazine and online. We recognize the need for women to be aware of and inspired by stories that prove success for women is achievable. This is lacking in mainstream media, where gender bias continues to impact the content and quantity of female coverage. Women’s physical attributes are still unnecessarily discussed, and they are less likely to be used as experts; according to research from the last quarter of 2015, men accounted for 71% of all those quoted or interviewed across seven Canadian newspapers and broadcasters.

On the positive side, we are starting to see mainstream coverage on topics like unconscious bias, wage inequality, and even gender bias in media. It’s a sign of hope on the horizon, providing evidence that in business, in government, and more broadly as a culture, we are beginning to have meaningful and necessary conversations about inequality, and are taking steps towards change.

After too many years of stagnation, there is now much progress to be excited about.

Major corporations are releasing diversity numbers, like the wave of tech giants that came clean in 2014. Many are taking the next step by investing in unconscious bias training or technology—and it’s a positive sign in itself that these tools and services are turning into an emerging business sector. Men are joining in the cause, with individual pledges for parity—like Justin Trudeau’s widely publicized “because it’s 2015” comment—and with broader initiatives like the UN’s HeForShe campaign. Organizations are voluntarily correcting wage gaps, from Salesforce.com to McMaster University, that is adding $3,515 to the base salaries of all full-time female faculty members. Singular examples of progress are now easy to find, and those are always the precursor to overarching change.

Seeing is believing. Sharing lessons and insights that role models have gained on their personal journeys allows thousands of women to benefit from inspiration. Seeing someone like yourself achieve a goal makes it much easier to believe that the same successful path is possible for you too. Read More ›