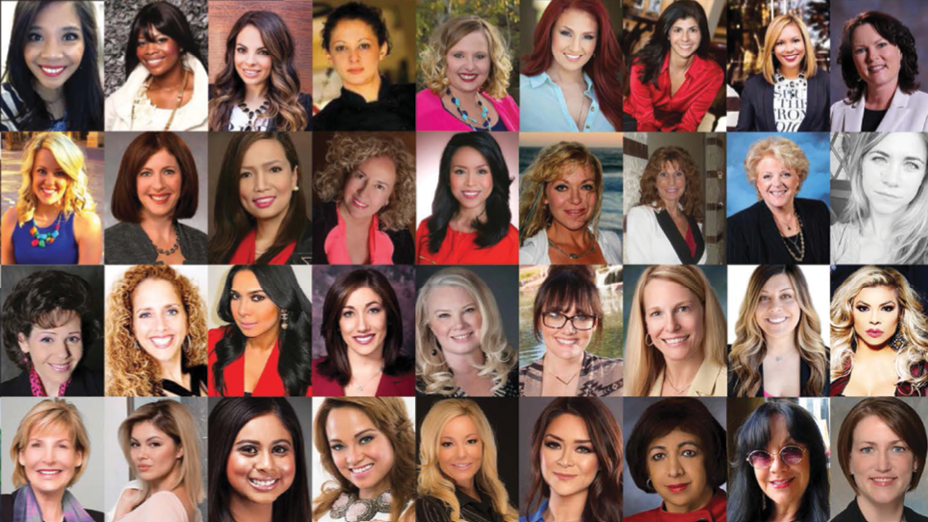 I owe a lot of who I am to my mother. When I was seven years old, she opened a Montessori school. In the years prior to her new venture she was a stayat-home mom, earning her Master of Education degree while chasing after two kids. My sister and I were part of her school’s first cohort, and so I spent three years with a principal who also happened to be my mom. This gave me the lucky advantage of seeing my first female role model in action. Every day was take your kid to work day.

It could be a young girl dreaming of what she will be when she grows up, or a graduate starting off their career, or a middle manager aspiring to reach the senior executive level — they will all set their sights higher when they have someone to look up to.

Twenty-five years later and the school has grown immensely from its modest start. I look at my mother now and see a woman who is a successful entrepreneur, a highly regarded expert in her field, and, perhaps most important of all, she is someone who obviously loves what she does. I understand the fulfillment she gets from her career. And I know about the challenges that it brings as well.

With my mother as a role model, it’s no surprise that I ended up on an entrepreneurial track myself. I got my feet wet in my first media venture in my twenties; spent six years as a companyof-one, traveling and working as a writer and editor; and I’ve been the coowner of Women of Influence for a little over a year. Each role has had positive and negative aspects, but I’m happy to say the upside has always won.

In my current role as co-CEO and head of media at Women of Influence, it’s easy for me to pinpoint my biggest perk: it is my job to hear the stories of incredible women, and to share them with our community and beyond. It’s very rewarding work. And, might I humbly suggest, it’s important.

By sharing the lessons and insights these role models have gained on their personal journeys, thousands more women get to benefit from the kind of inspiration and guidance that I was lucky enough to grow up with every day. Plus, put simply: seeing is believing. When you see someone that is like you achieve a goal, it becomes much easier to believe that the same successful path is possible for you, too. It could be a young girl dreaming of what she will be when she grows up, or a graduate starting off their career, or a middle manager aspiring to reach the senior executive level — they will all set their sights higher when they have someone to look up to. So if you think of these success stories as nothing more than entertainment, it’s time to look again; they are powerful tools in the push for gender equality.

As a woman with a long career in media, I might come across as a biased source. But there is plenty of evidence to support the impact of visible role models (beyond the swell of positivity I feel in the room after one of our Women of Influence events). A few years ago, a study co-authored by an MIT economist connected visible female leaders with the attitudes and ambitions of young women. It focused on a region of India that, through quotas, ensures one-third of village council leaders are female. Compared to villages with male politicians, having a woman in power had a huge impact on the aspirations of the local teen girls, as well as their parents — the gender gap concerning educational goals was completely erased among the adolescents, and reduced by 25% among the adults.

As the co-founder and secretary general of the Council of Women World Leaders, Laura Liswood is well-informed on the impact female leaders can have. With more than twenty years working in diversity and inclusion, her expertise goes beyond the political sphere. When I ask her about the importance of role models, her enthusiasm is clear: “It’s enormously important, for women, for other historically out-of-power groups, to be able to say, ‘I can see myself doing that,’” she says. “We are constantly trying to create this diverse workplace, but then the people whom you’re trying to attract look up to the top of the organization and don’t see people who look like them, and think, ‘I’m not sure I want to work here because I don’t see anyone that looks like me.’ It takes a much bigger leap of imagination for someone who doesn’t look like that to think, ‘I can get there, too.’”

Unfortunately, in today’s business and political landscape, there simply aren’t that many women at the top to look up to. Females make up less than 7% of global leaders, about 4% of Fortune 500 CEOs, and 16% of Canadian board directors, for example. Traditional media coverage of female leaders can often come with a gender-biased lens. That’s why Women of Influence, and organizations like ours, need to work hard to ensure these stories are told. With a focused and purposeful effort we can highlight those women who have made it. And that’s an invaluable asset for all those women who haven’t quite made it yet.

Gender equality has come a long way. The milestones are easy to plot out, from voting rights to decreasing barriers for women entering the workforce. Examples of overt discrimination that... Read More ›