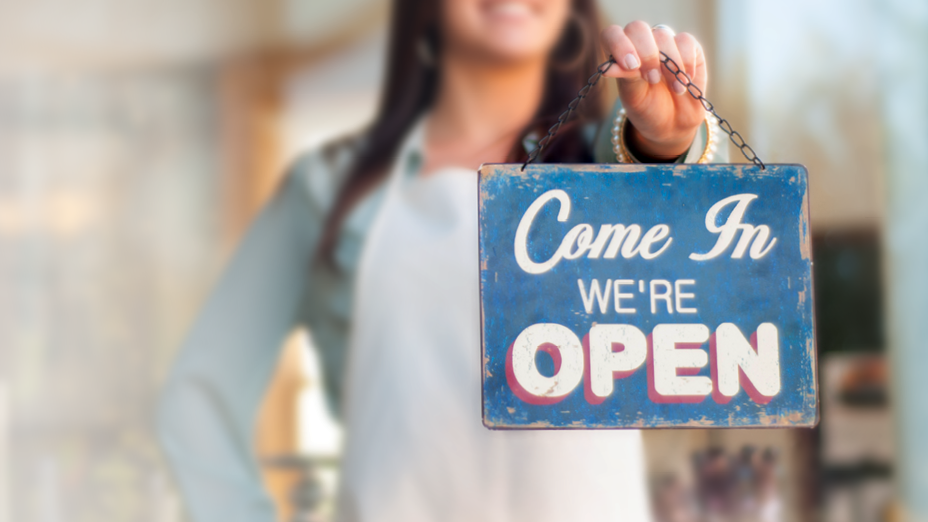 In his notes to prepare for this interview, Kevin Connolly says he has the word “people” written everywhere. The President of Dell EMC Canada Commercial believes that building a culture around people and trust leads to exponential growth for an organization. Teams that trust each other will outperform those who don’t. Trust should be developed and fostered by the organization.

Connolly joined Dell EMC over a year ago via the company’s acquisition of EMC, which eventually sent him north to Toronto from his hometown Chicago. I happened to be in Chicago the day of our interview, and spoke to Connolly about his advice for small businesses based on his experience from both sides of the border.

What are some of the biggest struggles that you see Canadian small business facing in their early days?

I’d say the biggest struggles for small companies are in building the culture. When you’re hiring employee number one to employee number 30 there’s the pressure of making sure that hire is right. You’re setting the culture of a small community of people you have and making sure that they’re inspired, and they see that as the business leader you’re as invested as they are, and vice versa.

If a small business can’t set the right culture and inspire employees, then you may start to suffer attrition. You can imagine in a small business if you have people coming in the door and going back out six months later. That is probably the number one struggle I see, maintaining your employee base, keeping them inspired, staying consistent.

Another struggle is that businesses think that the product will sell itself. That’s a problem. It won’t. Some businesses fall into this trap before realizing there’s a lot more to it, like the importance of employee engagement. If you build an inspired and trusting culture that is consistent, you’ll do really, really well.

Obviously, those early hires are super important. What can small businesses do to make sure they’re hiring the right person so six months later someone doesn’t walk out the door, as you said?

At Dell EMC, we’re not a small business but we certainly approach it that way. First, I look for referrals. I think for anybody starting to build an organization, a great first step is to get people you trust to recommend you people that they trust.

I would rather hire passionate energetic people and then teach them the business versus perhaps someone who’s been in the industry a long time. There’s certainly value in that, but when you’re getting going and you’re a small business—I’ve heard this a thousand times from small business owners—the amount of work needed to be done is massive and industry expertise isn’t always what’s needed, we need people to roll up their sleeves and get the job done, whatever that may be.

As a small business owner, you have to be in the trenches of the day-to-day making sure everything is getting done. How can they also stay focused on those more medium and long-term goals?

Success at the beginning begets being able to survive, right? You need to do a little bit of both.

I learned from people running pretty successful small businesses, that as a business owner you have to enable the people that are running the business. There’s so much to do long-term that getting sucked into the day-to-day isn’t a winning strategy, they’ve got to rely on people that they trust, and they’ve hired. I think that it goes back to the people. You should put someone in charge and empower them.

And you’ve got to fail fast, and you’ve got to take risks—calculated risks. Whether it’s risk in hiring, jumping into another vertical market, putting additional money into marketing or trying a new social avenue. Whatever it might be, small businesses can learn through risk and failure.

I think it’s important that when small businesses realize a mistake was made, go ahead, admit that mistake, fail fast, and move on.

What do you think the next big trend in technology is going to be and how will it impact the way that we work?

I think the future is more about what we’re seeing today, just at hyper-scale. People are going to be mobile, people are going to be working from everywhere. Work will no longer be a place, it will be an activity, and I think devices are going to scale. My view of the world is it’s just going to be continually mobile, continually easier from a sense that everything will be at our fingertips. The winner in the future will be the one consumers find easiest and most productive from an experience perspective. I think that’s the race going on right now.

I think personally that’s why I’m inspired at Dell EMC. We’re building unique end-user technology that is making it easier to work on-the-go and to be more productive wherever you are.

Where do you think the future of work is headed?

Data analytics and artificial intelligence—you hear these buzzwords a lot but it’s truly real and it’s what we’re living every day. Data analytics and AI will look at what someone like you is doing in Chicago.

Where are you at and what are you likely to do? And are you going to shop while you’re there? You’re going to have an advanced device and you’re going to have all these companies mining through this type of data and finding ways to make your life easier or offer products, services and experiences all at a hyper-targeted level.

Who do you look to for mentorship?

Everybody should have a mentor, it’s a great learning opportunity. I have a couple of mentors now. These are people that run global and multinational regions of businesses, operating in very complex situations that I think are fascinating. I have so much to learn.

I look for global leaders that must deal with exchange rates and challenges in geopolitical issues and all the complexities that come with that.

I would encourage anybody to go find someone who’s dealing with as much complexity in an organization as you can and pick their brain.

I think for anybody starting to build an organization, a great first step is to get people you trust to recommend you people that they trust.

Finally, is there any advice you’d want to give to an entrepreneur or a small business owner who’s just starting out?

The amount of actual work it requires to make the small business successful is something that I’ve often heard from small business owners and frankly, it’s something that seems daunting to hear. They’ve said to make sure you believe in it; make sure your heart is in it. It’s going to be the hardest thing you’ll ever do in your entire career. I’ve heard that time and time again.

If we’re being honest with each other, it’s scared me a couple times. Having worked with enough small businesses and watching some folks going through it, my advice would be, get ready for the tidal wave. It’s an adventure but an exciting and rewarding one.