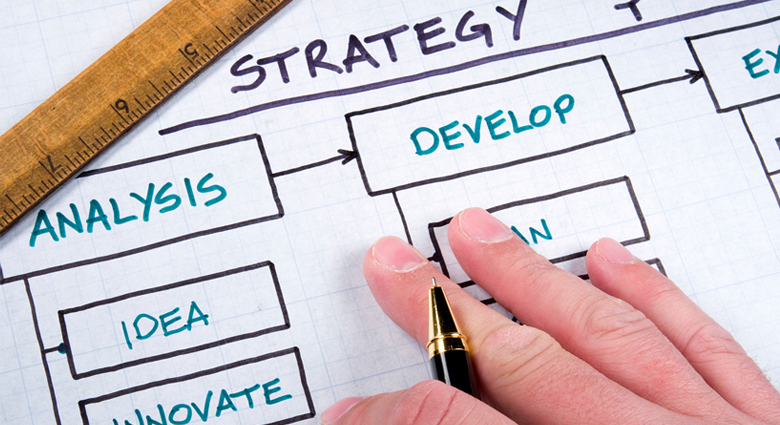 What exactly is Creative Execution? It isn’t a form of government, religious beliefs, or didactic principles. Rather, it is the perfect storm that’s generated when the organization’s direction is fully embraced by its employees, stakeholders, and customers, and the total intellectual, emotional, and creative energy that resides inside all of us is unleashed in unison.This rare form of human performance inspired seemingly impossible ventures such as Alexander the Great’s conquest of Asia, Google’s ascent to the pinnacle of Internet companies, and the rise of the Four Seasons from a single motel to global pace setter in luxury hotels and residences. To be successfully deployed inside any organization, Creative

"He made a point of letting people know exactly how he felt about them and their performance."

1. A Unique Strategy. The first step toward Creative Execution— indeed, the first step of any execution—is the creation of a simple, unambiguous strategy. There are plenty of smart people in consulting firms and corporations who insist on developing competitive strategies that fit inside volumes of three-ring binders, replete with data since the founding of the Roman Empire. For the most part, these strategies contain some good information and analyses but are not sufficiently tangible or crunchy to inspire people to action. In contrast, a crystal-clear strategy that can be explained on a single page is an indispensable starting point for seamless execution. Without a compelling, visionary, and unique strategy that you can explain to your board members, customers, or employees inside of two minutes, execution is a doomed enterprise.

"With Clear Roles and Accountabilities, you’re matching your talk with specific expectations."

2. Candid Dialogue about the strategy and its implementation. In his book Winning , Jack Welch calls lack of candor “the biggest dirty little secret in business.” As CEO of General Electric (GE), he made a point of letting people know exactly how he felt about them and their performance. Welch was blunt and direct with his staff and colleagues to such an extent that he told one of his GMs at a company dinner that if he underperformed the following year, he would have to fire him. Welch’s insistence on candor in performance evaluations and the forced ranking of each employee using the “vitality curve” remains controversial to this day, yet it created a culture of candor at GE that became part of the company’s high-performance DNA. Another unique leader, Mikhail Gorbachev, used Candid Dialogue to transform not just a company but an entire country. When he took over the reins of the Soviet Union in March 1985, one of Gorbachev’s first acts was to request more candor and objectivity in the political reports that were presented to him and his Politburo colleagues. After decades of Soviet rule, the Russian economy was in tatters, and the country’s support of Third World regimes had become a costly albatross that Gorbachev courageously decided to curtail. The KGB (now the Russian FSB) issued rather telling instructions at the end of 1985 to underscore “the impermissibility of distortions of the factual state of affairs in messages and informational reports sent to the Central Committee . . . and other ruling bodies.” Most of us live in organizations where the level of candor is somewhere between GE and the Soviet model, and I think it’s pretty clear which model outperforms the other.

3. Clear Roles and Accountabilities that drive individual and team performance. In the first steps of Creative Execution, creating a Unique Strategy and Candid Dialogue, it’s all talk. With Clear Roles and Accountabilities, you’re matching your talk with specific expectations that align people, strategy, and execution. It’s the first critical turn in translating strategy into action. For Creative Execution to sustain itself, leaders, managers, and employees need to match the Candid Dialogue, which led to the ownership of the strategy, with roles and responsibilities that link individual and team goals to that strategy. Clear accountabilities are critical because they drive the metrics and rewards that people will use to measure their individual success. People who achieve Creative Execution rely on scorecards that allow individuals and business unit leaders to track their progress against specific operational goals. One leader you will meet later in the book, Gary McDonald, thrives on creating Clear Roles and Accountabilities. As the CEO of Thomas Cook for North America, Gary, one of my former consulting clients, turned around an entire business by focusing people on the execution of what he called SPF25—the alignment of Strategy, People, and Finance to achieve $25 million in net profits. Gary made each one of his direct reports accountable for the execution of a particular aspect of SPF25, and the result was staggering. In less than three years, Gary achieved his transformation of Thomas Cook Financial Services, which was then sold to Travelex for $650 million.

4. Bold Action that puts the strategy into play. Bold Action could entail a wholesale reorganization, the divestiture of unprofitable or misaligned operating units, a switch to a new supplier, the purchase of a new plant, a decision to stop manufacturing certain products, or outsourcing one of your business processes—all of which are clear and unequivocal signals that you’re moving your pieces on the chessboard. We’ll explore many examples of Bold Action, from Barack Obama’s decision to forego public funds for his 2008 presidential election campaign, to Google founders Larry Page and Sergey Brin’s decision to download the entire directory of the Internet onto their dorm room computers.Bold Action generates momentum. It firmly propels the organization toward its new direction, and provides a tangible taste of how the strategy will be deployed. It transforms doubters into believers, and passive bystanders into active participants. In the case of Barack Obama, his decision to forego federal funds in 2008 opened the door for his hyper-motivated team to reach out to millions of onlookers who contributed five or ten dollars to his first presidential election campaign.

5. Visible Leadership cements individual commitment to change. Without senior management’s visible commitment, the wheels of Creative Execution will spin out of control or take their own, separate directions. Visible Leadership is required to maintain a common focus, set the pace, keep track of execution successes or failures, and create a positive culture centered on learning and outcomes. Visible Leadership is also accountable for making sure the organization becomes aware of the various requirements for Creative Execution— and disentangles itself from the shackles of blunt, top-down execution.