Where Do Great Ideas Come From? Examining The Design Thinking Behind Fitbit 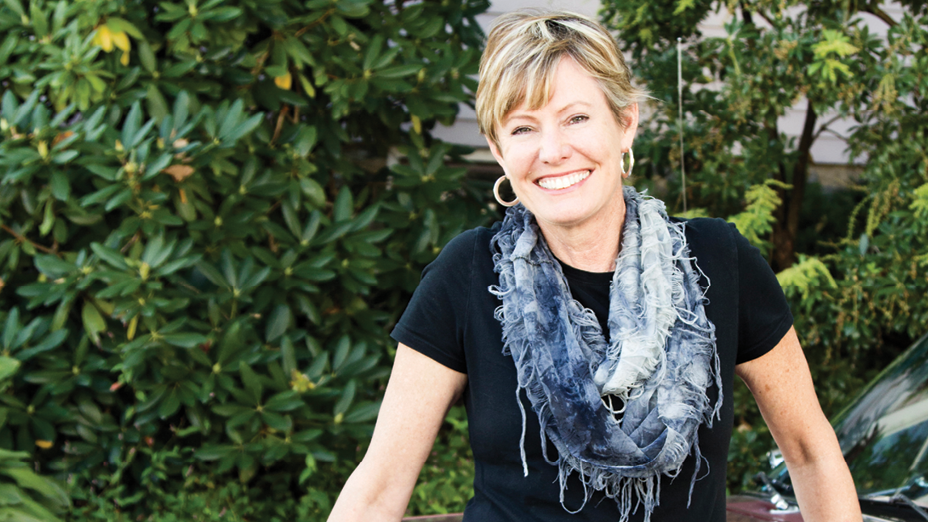 No company or client wants to produce products for yesterday, or even today. They want “Wayne Gretzky” outcomes—products that fulfill where the demand is going. Great product ideas often exhibit an uncanny prescience for solving a problem, like the “I just want to make a single cup of coffee” solution provided by Nespresso. Other times new products simply add joy and beauty to a routine activity, just as Method did when it gave pump soap a contemporary makeover.  And sometimes, breakthrough products create brand-new behavior the way Fitbit did when it made it a social norm to count steps.

So how are these ideas born? How do people who are not professional designers get started?

During my years working at Playskool, a trial attorney friend told me he could never do my job, saying, “Sitting down to face a blank screen or piece of paper every day would scare the crap out of me. How do you make something from nothing? Where do you get your ideas?”

He envisioned my workday as a mysterious process of actively seeking stop-in-your-tracks lightning bolt inspirations. I told him I could never imagine succeeding in his  job, which I simplified down to “getting paid to argue in front of strangers all day.” I told my friend that when you are employed to generate good ideas, you develop a definitive and predictable process for being creative. Today people call that process “design thinking.”

I will save you the trouble of researching design thinking as an abstract concept and boil it down to its basic process:

What is the business or customer area that needs attention? In the case of Fitbit, the founders James Park and Eric Friedman saw an opportunity to help people improve their fitness with newfound access to individualized performance data. This breakthrough was made possible because of the advent of new cost- effective miniaturized sensors.

Setting goals for a new product is an iterative process as the entrepreneur learns more via research. But a product like Fitbit could start with a list such as: “This solution must cost less than $100. It has to be convenient to carry at all times. It must be water resistant. It must not interfere with normal daily activities.”

Research involves studying the three Cs: customers, competition, and (internal) capabilities. For Fitbit, the potential customer need was fairly vast: people who want to set and meet fitness goals. Investigation at the time of Fitbit’s founding in 2007 would have yielded very little relevant competition, as existing solutions were cumbersome and required a customer to manually stitch together data from devices such as a pedometer, heartrate monitor, or calorie counter. Beyond technology advances, the founders could easily see that people were increasingly drawn to online communities and the gamification of ordinary activities—a big trend to draft off.

This involves conceiving and quickly visualizing various concepts (you often see a ream of exciting raw sketches highlighted in the visual history of a product). Some founders draw their own concepts, while others engage a designer at this stage, but fancy renderings are not advised at such an early step. The original Fitbit was a thumb- sized clip, but it is likely that all manner of devices were conceived—ranging from necklaces, bracelets, credit card-sized devices to fit in a wallet, shoe inserts, and the like. Even if many of these ideas were not technically or economically feasible, the goal during ideation is to cast as wide a net as possible.

Rapidly prototyping concepts to get customer feedback comes next. Early stage prototyping for a device like the Fitbit could be as simple as a nonfunctional foam version of a clip presented alongside a static set of graphic screenshots to show the type of data the device could collect. Early prototypes help express the idea to a potential user without needing to be fully functional. Fitbit would have been looking for feedback on core interest in these new capabilities, as much as for feedback on form and function.

The entrepreneur repeats the last two steps enough times to commit to testable prototypes that help her lock down on a single idea. Advanced prototypes usually look like the real deal, even if they are not fully functional. But the more functional, the better.

There is nothing in that process that requires long walks on the beach, consuming hallucinogenics, or locking yourself in a dim room with Mozart playing. It’s a rigorous and disciplined process you can do right in the middle of a fluorescent-lit office, or in your kitchen, or at a coffee shop. Anytime, anywhere.

There are two deep secrets to this process. Success lies not just in a designer’s ability to generate concepts. First, great ideas are entirely hostage to the information and stimulation the designer (or aspiring Maker) gathers to provoke their gestation. In other words, it’s all about the goals and research. You can think of this almost like cooking. The better the ingredients, the better the food. Ideas need to be fueled by great inputs.

For example, I was part of a consulting firm team that engineered the famous Reebok Pump shoe, which allowed a user to inflate an internal chamber for cushioning and support purposes.

After its wild success we were subsequently engaged to propose ideas for shoes that could help a person jump higher. The research project included a huge range of athlete interviews and observations and then exploration of springy or reactive materials, mechanical systems, and natural systems. It even included the study of what enables the best rebounders on Earth—fleas—to jump 100 times their body height. (That would be like a person jumping over the Eiffel Tower.) Only after that wide-ranging exploration did our engineer, Eric Cohen, sit down and start sketching ideas.

It's a rigorous and disciplined process you can do right in the middle of a fluorescent-lit office, or in your kitchen, or at a coffee shop. Anytime, anywhere.

The second critical building block to generating successful ideas actually precedes the research described above. As Eric explains it: “The first step is to define the problem you’re trying to solve very clearly. The Harvard Business School professor Clayton Christensen calls this ‘the job to be done.’ This clarity then narrows down the field of possible solutions and brainstorming activities. If you just start brainstorming, you lack context for deciding which concepts are best. If you can clearly articulate the problem, often the solutions seem to magically appear and become obvious. But getting to that point of clarity is the real challenge.”

In the case of step one, “identifying opportunity,” Grommet Makers do not approach this step like an established business would. Why? Because they don’t have an actual business just yet. They aren’t noticing sales slipping, doing heavy R&D that yields opportunity, or responding to competitive threats. They are just going about their lives. As such, they tend to stumble into either (1) a problem that vexes them and needs solving or (2) an emerging technology or behavior that inspires them.

In fact, only 10 percent of Grommet Makers have any professional experience in the area where they end up building a product. In an interesting parallel, in my capacity as an entrepreneur in residence at Harvard Business School, I observe that a great number of the students pursue the well-known degree and credential as a giant, and admittedly expensive, career reset button. Makers often experience their businesses in much the same way. They throw over or work out of established careers to pursue an idea. The business is going to be epic in terms of effort and opportunity cost compared to other easier ways they might have collected a salary. But the idea becomes an itch that must be scratched, whatever the cost. The idea is often the fuel for all of the late nights, financial sacrifice, and occasional skepticism of friends and family.