Tips for Achieving Tech - Life Balance in Your Career 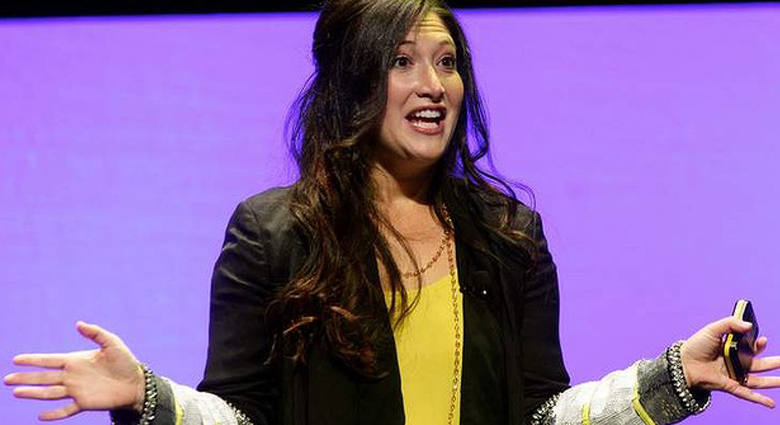 Sometimes social media can ignite a firestorm, which has devastating, career-ending consequences. But most of the time, getting things wrong online merely results in temporary embarrassment and some hurt feelings. In the end, most things pass, and you have to keep them in perspective. Winston Churchill said that if you’re going through hell, keep going. If you’re going through a flame war, stop, drop, and roll with the punches. In time, people will move on and you’ll recover.

Become a privacy-settings expert. It might seem tedious, but it will pay off.

It’s Okay to Friend the Boss

A Wharton School study, titled “OMG, My Boss Just Friended Me,” showed that people were anxious to friend their bosses because of the potential to suddenly eliminate what was previously thought of as a solid hierarchy of communication. If it used to be hard for you to talk directly to your boss, this often means that it was as uncommon for your boss to talk directly to you. Social networking can level this distinction with a simple friend request. What matters, then, is using the platform to your advantage. Add the boss, but make sure to utilize your privacy settings and only give access to things you want  him or her to see.

Become a privacy-settings expert. It might seem tedious, but it will pay off. Of course, the controls are never foolproof. It may also be smart to practice posting abstinence. If you stand to lose a job or friends if certain aspects of your behavior were brought to light, then it’s probably smart to stop either doing these things or posting about them, and be cautious of other people posting about them, too.

Digital Posts Can Have Real-Life Consequences

A few years ago, I was going out in NYC with my girl crew when, like so many before us, we were rejected from this super-trendy, speakeasy-themed artisanal cocktail bar in Chinatown with a famously strict door policy. Waving us to the side, the bouncer told my friends and me that we didn’t fit the “dress code,” which clearly meant “not slutty enough.” Annoyed at the bouncer, I pulled out my BlackBerry to vent my frustration on the then-new platform called Twitter. “Worst bar ever = apothecary in NYC. Worst bouncer ever = james. It would be a huge bummer if their facebook pages ‘accidentally’ went down.” I thought it sounded vaguely funny at the time,  but I didn’t invest a whole lot of thought into my message. My friends and I continued on, hit up a few hot spots in the nearby Lower East Side, and called it a night.

When I woke up the next day, my Google Alerts were at red alert, and my in-box was filled with howls of outrage from bloggers and commentators complaining about my threatened retaliation against the club. Ah, man. I had no idea the Internet could propel my single tweet so far. Something I meant as a bad joke had taken on a life of its own. Of course, I didn’t have the desire or power to delete anyone’s profile, but as someone with a perceived influence at Facebook, that was an incredibly dumb and irresponsible thing to tweet. I didn’t quite get it then, but I do now. When going out for a night with friends, it may be a good idea to assign, for the night, a “designated poster,” a friend with whom you have to clear any online post before hitting “share.” If you’ve had a couple of drinks and are about to go on a posting spree, this could help prevent you from making a potentially career-ending mistake. Better yet, just enjoy the moment and don’t post at all until the following morning.

Knowing what to post when the workplace could be watching is a kind of Goldilocks problem: you can’t be too hot or too cold. Some people may overshare everything  and risk getting into trouble; others may overcompensate and share nothing. Both approaches are bound to fail.

"Add your boss, but make sure to utilize your privacy settings"

The answer is to share, but know your limits. There isn’t going to be a world where we can have our online cake and eat it too, where we can say anything we want online and expect it to have zero ramifications in the offline world. That wasn’t true of the things we said before the Internet, and it’s certainly no more true now, when our passing thoughts and bad jokes have their own universally accessible archive.

When I was at Facebook, I had a very talented young intern, who may not have known that I was a Twitter follower of hers, and I could see all her tweets about partying, drinking, and . . . let’s call it “college living.” Entertaining as they were, her tweets put me in a difficult position as her manager. I couldn’t tell her what to post on Twitter. I didn’t own the account and didn’t have the right to ask her to stop tweeting. But by the same token, people knew she was working for me, and I felt that her behavior online was beginning to reflect on me as her boss. I ended up having a sit-down chat with her, saying, “If you’re going to tweet, be thoughtful. Please don’t make yourself—and don’t make me—look bad.” She agreed, and everything was cool.

This may seem obvious, but it can’t be said enough: always think before you tweet. If you’re doing something that can get you fired, or is illegal, don’t post about it. That doesn’t make you inauthentic; it makes you smart. Sometimes the safest option really is abstinence. If you are at a job where you live in mortal fear of the HR department, keep that in mind when posting anything online. If you’re applying for any job with a large company—and increasingly, companies of any size—don’t imagine that posting updates to do with #sex, #drugs, #moredrugs, and #evenmoredrugs won’t have some kind of effect on your employment prospects. Remember that an authentic version of yourself lives online, but there may be some things you’re better off not letting anyone know about. Share what matters to you, with the friends that matter. Sharing in the workplace doesn’t mean sharing everything. Your boss doesn’t want to see your spring-break photos. People just want to see the generic stuff: baby photos, FarmVille updates.

Actually, scratch that. No one wants to see your FarmVille updates.

Randi Zuckerberg ran marketing at Facebook for six years, where her team led the company’s U.S. election and international politics strategy, launched the live streaming industry with her media partnerships around the U.S.