The Truth & Lies Behind Reading Body Language of Deceit 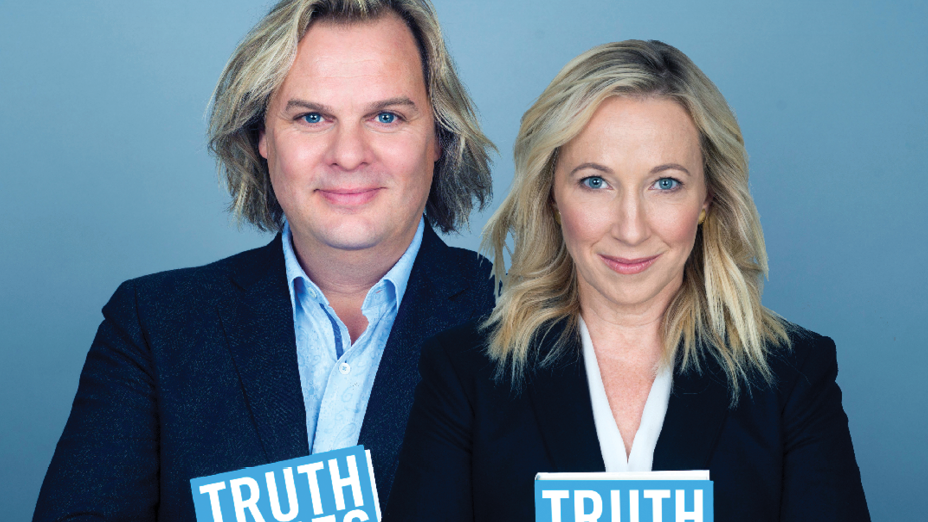 Some people feel they are “a natural” at reading other people’s body language. They have “the gift.” It’s an instinct. You may be one of them. And so sometimes you just know when someone is lying to you. Family, friends and in the workplace you get the feeling they are not being truly honest with you, and you act accordingly. Sometimes you may be right on the money, while other times you may end up wondering “how did I read that so wrong?”

The reality is that judging accurately the thoughts that inform someone else’s behavior, including the intent to deceive, is less of an art and more of a way of thinking; and that critical thinking process that gets you closer to the truth can be learned. In TRUTH & LIES: What People Are Really Thinking, Mark Bowden & Tracey Thomson teach you a system to better understand human behavior and the nonverbal communication that goes with it, that revolves around a critical thinking element that helps you suspend your judgement and get closer to the all the accurate facts - and arrive at the most likely truth of any situation. Part of that process is suspending our instinctive judgements and investigating the bias we may have.

Many of our judgements about what body language cues mean, though they feel to us so instinctive and obvious, are actually learned ideas and so not in fact pure or innate. These ideas are often based on folklore that has become accepted as fact, that we pick up from family, friends, colleagues and from the media- clickbait that feels so right and true, but can actually be dangerously false.

Here are just 3 of the many popular myths around the body language of lying that are bustin in TRUTH & LIES: What People Are Really Thinking:

MYTH: Fidgeters Are Hiding Something

Fiddling with your hands for no apparent reason may be the displacement of emotions and thoughts that are unexpressed, anything from excitement or boredom to frustration or relief. It can be a self-pacifying behavior where the physical movement creates a stimulus that calms us in times of anxiety. Or it can just be a way to shift parts of the body to make us more comfortable after being still for too long. In no way can it be seen as a sure indicator of deceit. Besides, if someone really wanted to hide something from you, don’t you think they would be able to control their hands for just a while to get away with it? Without this ability, poker players couldn’t bluff. Undercover cops would be instantly exposed. Most relationships would be irreparably damaged forever.

MYTH: Looking Up to the Right Means They're Lying

Does the direction in which someone’s eyes look give away that they are lying? The idea that looking to the right indicates lying, while looking left suggests truth-telling, is shown by research to be false. The University of Edinburgh completed three studies to show there is no definitive correlation between the direction of eye movement and whether the subject was telling the truth or lying (1). However, it is fair to say that eye-accessing cues (unconscious eye movements) do indicate an internal search for or retrieval of information, or creation of data, information and memory.

MYTH: Lying is As Plain As the Nose On Your Face

Remember Pinocchio? Wouldn’t it be great if there were a single physical sign that exposed a deceitful person as plain as the nose on their face? Well, there’s a good reason that the story of Pinocchio is a fairytale. You cannot actually tell if someone is lying based on just one body language sign. And to this end, the idea that people touch their noses when they are telling a lie is largely folklore. In fact, the idea that the nose alone can display subtle telltale signs of lying is pure fantasy. However, wrinkling the nose in disgust, if detected alongside other signals, could certainly indicate a deceitful person smelling their own rat of a lie, such as flaring nostrils as part of the micro gesture of disgust.

So next time you feel you have spotted a liar, take a moment to check yourself and think again. Was it one of the signals explained above that triggered you, or perhaps another popular idea about the body language of lying that you’ve read? Ask yourself if there could be another story behind the behavior that is more accurate than your first snap judgment. For the complete SCAN system for critically thinking at the moment and making better judgments more often about the meaning behind body language, read the new book TRUTH & LIES: What People Are Really Thinking by Mark Bowden and Tracey Thomson.

Can we trust our gut instincts? Can we trust the online articles we read? And can we trust the body language folklore that we grew up with? Let’s look at some of the biggest myths around body language in the boardroom, and figure out a better way to think about the behaviors we see to give us an advantage. Read More ›

Body Language To Beat The Stress

How can we use our body language to build ourselves big again, manage stress, make ourselves feel more confident, become more calm and assertive and in so doing, always come across as trustworthy and credible?. Read More ›