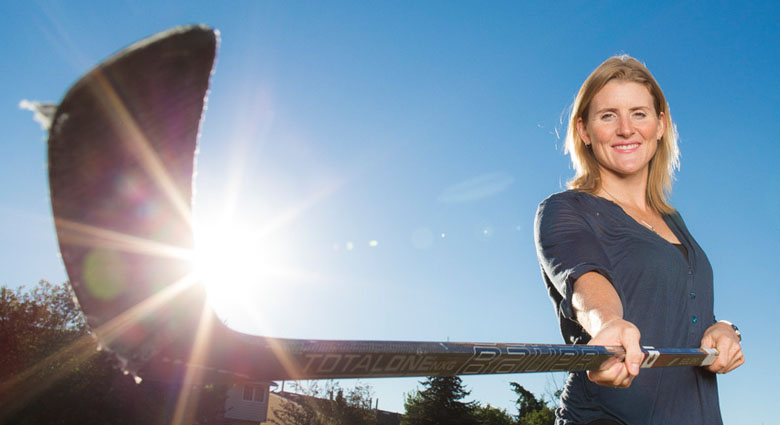 Approaching the Sochi 2014 Olympic games the Canadian women’s hockey team having previously won three gold medals were the chosen favourite to win a fourth when the games began. An outsider may assume retrieving the gold may be easy for the team; however no one was going to physically hand Canada the medal, each game was hard fought. If the Canadian women’s team had gone into the tournament with the attitude they were entitled the medal they would not have been so successful.

The only way to become a winning team is to set aside differences and work toward a common goal.

Wickenheiser recognizes success is harder to achieve as you accumulate more of it. The same is recognizable in business: once good business deals are made and a company experiences rapid growth, leaders tend to set their sights higher and higher. These ideals mean individuals need to work harder to achieve goals, rather than being complacent with past successes they must continually strive to improve their performance to ensure future victories.

Use Pressure To Improve Performance

Wickenheiser knows what playing under immense pressure really entails. When she and the Olympic team reached the gold medal game at the Sochi Olympic Games the entire world was watching. The team was aiming for it’s fourth consecutive Olympic gold medal. Captain Wickenheiser led her teammates to rise to the occasion; defeating the respected US team for the gold. In business, buckling under pressure can lead to missing tight deadlines, receiving the short end of the stick on negotiations and making errors on important reports. In the Olympic space there is no room for bad days and Wickenheiser holds herself and her entire team accountable for their actions. As the same for every Olympic team if you do not maintain your level of play every day someone will be jumping at the chance to replace you.

Use Rest to Your Advantage

When desiring to become the best, initial first thoughts may be to go full speed, but the reality is much different and produces destructive effects. Athletes may feel the longer and harder they train, the better they will perform at competitions and the same goes for business workers, they may feel that by clocking extra hours and even working weekends they will gain the edge they need to succeed, but this is not the case.

The problem with going full speed is that it is unsustainable. For athletes, lack of rest can lead to overtraining and subpar performances. Worse, it can cause injury ad pit the athlete out of the competition completely. In business, burnout is a risk of overworking with results being lack of creativity, fatigue and low productivity. Overall both of these scenarios lead to low performance in any environment.

Athletes must plan rest days and take additional rest when feeling unusually weak or tired. Executives can set their schedules to take weekends entirely off to take advantage of resting time and return to the office clear-headed and focused. Leaders can support better performance in teammates and colleagues by encouraging them to rest when needed or relieve stress through group activities.

Part of being a great leader is the ability to build a great team. Wickenheiser suggests choosing teammates who are not only experts in their field, but who will be honest. Approaching the 2014 Olympic games Wickenheiser selected two coaches to help her get over her injuries and back on track. She sought the help of two experts who were honest with her on how far back she really was to being in gold medal shape. From there she was able to realistically set goals and pursue the gold.

One of the most important arts of being a leader is to bring everyone together.

Being surrounded by people-pleasers is a common drawback believes Wickenheiser. Whether you are an elite athlete or a CEO, these types of people can lull you into a false sense of security, leaving you at a disadvantage or shocked when you find yourself unprepared in the middle of a play or business meeting. Instead, Wickenheiser advises to choose integral people when building a team - the types of people whom you feel are true to you to the point of delivering whatever words or actions in an honest manner and to the best of their ability.

Work Toward A Common Goal

The only way to become a winning team is to set aside differences and work toward a common goal. At times team members may clash due to different the personalities or working styles, but a great leader does not let this get in the way of business. One of the most important arts of being a leader is to bring everyone together, despite their differences and focus on one single goal. This involves pulling out and magnifying the strengths in members and encouraging everyone to play their part in the team’s success. There is much to be learned from each other and Wickenheiser emphasizes that when going for gold it is crucial to take in as many lessons from teammates as you can.

In the business world your goal may not be as straightforward as winning an Olympic gold medal; your long-term goals may include hitting certain profits for the year or making certain business deals. At the same time you will likely have multiple short-term projects, such as hiring a new employee, landing a new client or preparing a presentation for stakeholders. For each of these projects it is crucial to communicate with team members and agree on one single goal and how to achieve it. As a leader it is necessary to take command and execute your strategy to be successful on going for whatever your gold may be. 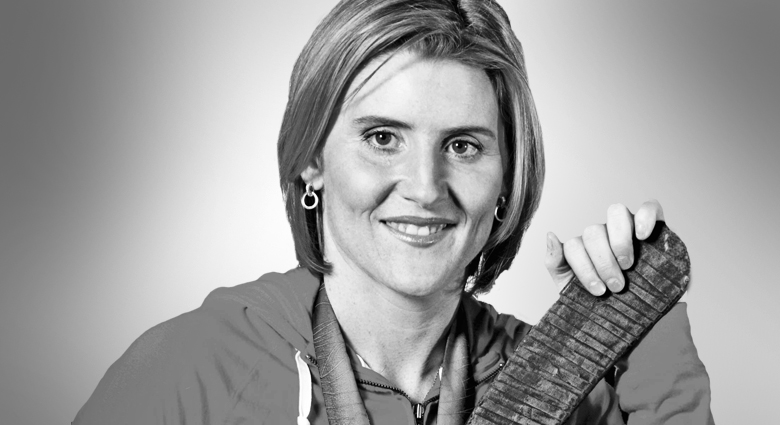 Read More
Also By The Art Of