Lessons on Leadership from the Canadian Forces 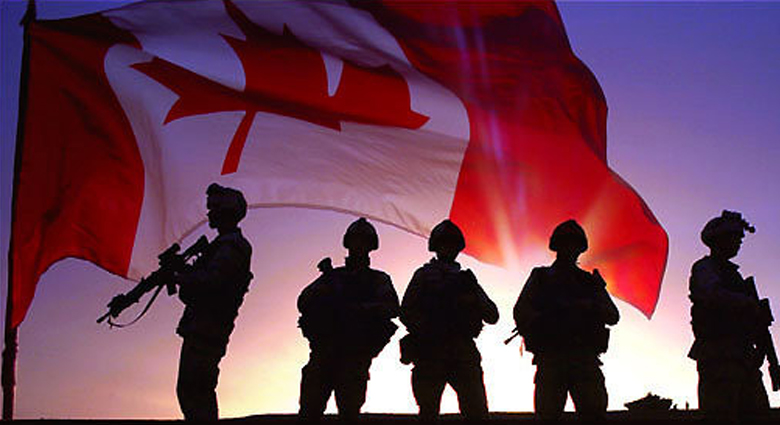 The Canadian Armed Forces has always embraced a very pointed theory about leadership.

It’s called distributed leadership and its premise is quite simple: every member of the Canadian Forces must be able to accept the mantle of leadership at any time, and under any circumstance. It’s a culture of leadership born from a profession where a leader can be lost without a moment’s notice, and where someone has to step into that gap without hesitation. In military theatre, the time or luxury to fall back on succession planning committees and executive search firms simply does not exist, so there must be a plan in place at all times to ensure leadership continuity, and the culture to support it. The nature of a professional military career – one of the most unique professions– makes the culture of distributed leadership a basic necessity.

So what can the civilian world learn from the military’s leadership culture and practices?

Military leadership doctrine is built around the basic idea of mission success. This is the aspect of military leadership most comparable to the civilian sector. Being given a job, and getting that job done, is an expectation the military and civilian worlds share. However, military doctrine emphasizes three other values: safety and security of the members; internal integration; and external adaptation. Mission success that is accomplished while neglecting the safety and security of members, for example, could result in an uncelebrated victory.

While the outcomes and values of military leadership may have parallels with the civilian world, the idea that everyone in the Canadian Forces is expected to be a leader or potential leader is a huge differentiator. In the military, there is a culture of expectancy where no individual member is surprised at being offered the chance to lead, or reluctant to take on the challenge. They are conditioned to respond like this because leadership doctrine and skills are imparted throughout the military hierarchy. Each and every member of the forces is given the training and opportunity to lead from the onset of their military career, and they are expected to buy into the mindset of being able and willing to lead at any time.

Similarly, career advancement is not just an option in the military; it is another expectation that all members face throughout their careers. In contrast to the civilian world; where employees will often spend their entire careers in subordinate roles with little or no encouragement to rise above that station. In the military; however, each member, regardless of their rank, is given opportunities to advance up through the organization. In fact, it is very rare that any forces member would retain a low-ranking role over a long career. With each boost in rank comes increased responsibility and opportunity to lead – whether it’s in “leading the troops” at the team unit level or through to “leading the institution” to create the conditions for operational success.

For example, the military’s safety culture, which is a core element in leadership doctrine, means that every member of the forces is given training in emergency preparedness. If an emergency arises, the military knows that every one of its members has the potential to lead in a crisis. In the civilian world, these tasks are normally assigned to a group of “fire wardens” or an “emergency operations team.” Training is only offered to the members of these small groups, or just to the leaders of these groups. Thus, if the group leader falls, it is almost a certainty that everyone else will become a victim of the crisis. The military’s mindset of “leadership expectation” and distributed leadership eliminates the “it’s not my job” or “I didn’t know I was supposed to do anything” dilemma.

One of the greatest shortcomings in Canadian business is the lack of attention paid to building leadership capacity. Most organizations will acknowledge the importance of training and developing leadership bench strength, but few organizations systematically offer a combination of technical and development opportunities to all of their employees.

Too often in the private sector, support for emerging leaders is ladled out only to high potentials or those who have shown success at a particular technical skill. Whereas the military understands that leadership is its own skill set, and that great leaders can sometimes be found and developed in the most unlikely of places, which is why everyone is exposed to leadership training; thereby, ensuring that a promising leader isn’t overlooked.

In the military, from the Chief of Defence Staff, the highest-ranking military official in Canada, all the way down to the sergeants of individual units, military leaders are mandated to encourage subordinates to prepare themselves to assume leadership responsibilities. At the same time, the military offers its members a constant barrage of professional development and training opportunities, all geared at providing the practical and theoretical background needed to lead. This comprehensive approach to leadership development enables the seamless execution of strategy and day-to-day operations as well as leadership continuity, even in a crisis situation ? something the business world could certainly benefit from.