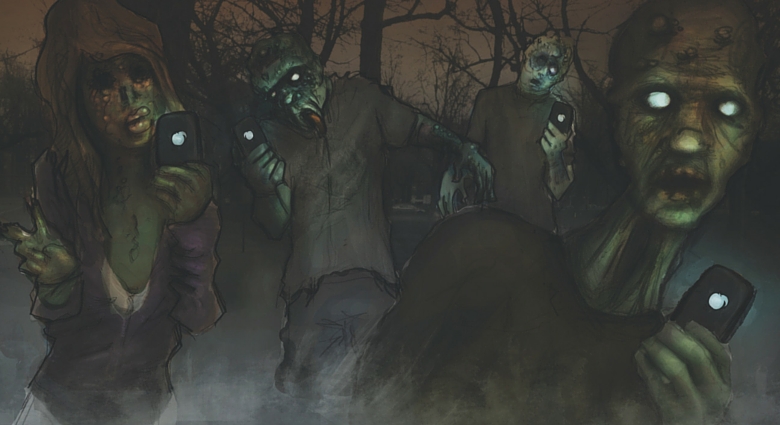 The debate as to whether cold calling is a viable means of engaging with potential buyers and prospects has been raging since the phone was created, probably before that.  If you have been selling for a time, you have lived through many cycles and variations of the familiar cry “cold calling is dead”.  This mantra resonates among those who were and are reluctant to use this proven and effective way of engagement.  But as with the ever popular zombies, no sooner someone declares cold calling dead, it seems to come back to life; till the next challenger comes along and tries to kill it again, current contender being social selling.

There a number of reasons for people wanting to kill cold calling, but it is important to remember that more often than not, it is about avoiding doing something specific.  It is easier to blame the thing you can’t or won’t do, than to be accountable and disciplined enough to put in the effort it takes to succeed.  It is easier to blame the diet or fitness routine than the fact that the last time you were at the gym was when you bought your membership.

Success is not always about only doing what we like, but doing those things that work and make us successful.

The fear and paralysis brought on by cold calling is not lost on the many pundits and product vendors whose main value prop is “use our product and you won’t have to cold call”, music to many sales people’s ears.  Yet like many pieces of fitness equipment, after a few days and spent energy, people revert back to their lazy ways, and gain back the pounds as they stuff their AB Machine under the steps.

Let’s be clear, I don’t like cold calling any more than the next sales person, but success is not always about only doing what we like, but doing those things that work and make us successful.  And because cold calling (meaning tele-prospecting) does work, it should be PART of any successful B2B sales professional’s repertoire, along with, not instead of, other great tools, including social selling tools.

The problem with cold calling is the way people do it, as I have said in the past “Cold calling is not dead, it just smells funny”.  And that smell is coming from the way people are executing.  It starts with attitude, many do it with the flair, enthusiasm, and finesse of a zombie.  When you watch them making their calls, they remind one of a lethargic group of unwilling participants in forced labour.  I get it, not fun at all, but as a seller we need to look past some of the discomfort, and focus on the results, and by extension the possibilities and benefits those results will bring.  Is that not what youexpect from you clients, especially those who can truly benefit from your product, but just refuse to make the effort involved in change.  Good enough for the buyer, why not the seller?

Another challenge is that most sales people, and many trainers only focus on half of the success.  The part they focus on is content, (more on that below), and completely ignore the dynamics and the environment around the call.

Consider these two important elements often overlooked.  First, most people we are calling are already trying to pack 16 hours into a 10-hour day.  The effect of that is that they are constantly behind schedule, and are focused on getting the things on their list done, if what you sell is not at the top of that list, you need to compensate for that.  No matter how good your product, value prop and message are, if the message doesn’t land, it won’t count.

Second, think for a minute how many calls you intended buyer gets every day.  When I ask this of a group of sales people I will get a range from 5 – 10 calls per day.  Let’s go with the low end, five; that’s 25 a week, in a 48-week year it’s 1200.  If they have been doing the job for five years, that 6,000 calls.  Take that in for a minute, and as you do, ask yourself, what am I goingto do to sound different?

In terms of content, most sales people go into a call with two things, a) a blurb about their product or value prop, usually tied to notion of “solution”; b) an overwhelming desire to avoid objections.  When one of those goes out of balance, so does the call, and their success rate.  This just further convinces them that cold calling does not work as their fear of rejection grows.

The key is having a proven methodology, process, and discipline to do what has to be done.

By design both these things will fall apart, not only because of the dynamics described above, but the makeup of the market.  Broadly speaking across various sectors, at any given time, 10% of your market is actively looking; another 20%, is passively looking, they know they need to make a purchase decision, but have the ability to defer that decision for 6 – 9 or more months.  The remaining 70%, the infamous Status Quo, is by definition not looking.  So when you call, and talk about your solution, using the same phrases that the other 6,000 callers did over the last five years, you are basically asking for a rejection, and 99% of the time, they will oblige.

Stop trying to avoid objections, instead prepare yourself for them, manage them, and transition them to a conversation.  How?  Start with your messaging, forget need and pain, 70% don’t have them, the rest – leave to inbound.  Make it about their objectives, not the outcome you deliver, but its impact on their business.  This will generate a different reaction, not much more positive, given the dynamics, but predictable.  Rather than hoping objections will not come, prepare and deal with it with greater command.

Most initial objections are conditional responses, remember they have developed habits and practices over the aforementioned 6,000 call. Again, the path here is to refocus on objectives and impacts you have delivered.  It certainly is not what most sales people do, which is either getting into a debate with the prospect, we never win; or asking to be a “back up” to the current provider.  (e-mail me at tibor.shanto@sellbetter.ca and I’ll send you a complimentary copy of my Objection Handling Handbook).  Leveraging buyer objectives will allow you to manage and convert objections in to sales conversations.

Done right cold calling is not only alive and well, but alongside other tools, is helping sales professionals engage with more buyers and accelerate their sales cycles and make no process concession in the process.  It need to be part of the kit along with other tools.  The key is having a proven methodology, process, and discipline to do what has to be done.