Why Every Company Needs to Be a Tech Company

Well, it depends on the company. I obviously live in tech, for the last nine years all I've really known is software and technology startups. I know a few other things, but that’s the bread and butter. The reality of the world we live in today is that there are not enough people to do the programming, to do the design, to do the work in software that we need. There is almost a necessity now for any up-and-coming entrepreneur to realize this, even if they’re sitting there saying, “Well look, I’m running a juice company. I’ve just started a new juice company. I’m not a technology company.” That is a very, very, dangerous mentality, because there is the injuries and quote about software eating the world. The fact is that every business is going to be a technology business. The IT department is no longer the department who is going to get you a new computer when yours is broken these are artists. Developers are very creative and very brilliant and provide so much value to a company, even a juice company. Right, because how do you do your logistics today? There is probably a better way to do that through software. How do you do your delivery? How do you get your blueberries? How do people do their ordering? How do you take your order processing? Software, Software, Software, Software, Software.

The next big juice company, ‘what’s a big juice company, uh, Tropicana? There we go,’ the next big juice company is going to start out looking like a software company. It’s going to start with a couple people in their garage, ‘I should say maple syrup company because we’re in Canada,’ the next big maple syrup empire is going to be a couple folks in flannel in their garage working on something. They’ve developed an amazing maple syrup, and they don’t have any money, they have enough money to make a batch of a hundred, so maybe they do their first campaign online through pre-orders. Maybe it turns out that people just really love it, it’s great syrup that goes without saying, and the word has already spread. So they do a pre-order campaign and they’re using one of the many crowd funding platforms and they’re building a brand through social media. They can’t afford an agency or an advertising company, but that’s great because that bakes into the DNA of the company giving a damn about their customers because they haven’t put that off until later. And so the companies, even the maple syrup companies that are forged today are going to be technology companies. When we look at them, ten, fifteen, twenty years from now, they are going to be titans in their own regard when it comes to doing technology because they have to be.  They were forged in the “fires” of social media so they’re not going to hire some other firm to do that for them. That would be absurd, because they are the best. Could you imagine a restaurant hiring contractors to come in on a part-time basis to serve and to wait tables? It would be absurd. And yet so many companies are treating social media as this thing that other people can solve for them. Well look, for all the large companies doing that, you’re doing it at your folly, because someone right now is drinking your milkshake and they don’t look like a threat. Hilton didn’t think that Airbnb looked like a threat five years ago, because it was Hilton, brick-and-mortar Hotel Empire. And all it took was a few dudes with some laptops and now Airbnb has more rooms than Hilton, they’re a threat now. It took five years, and they [Hilton] were sleeping. And so it’s going to happen across so many different disciplines in so many different industries that you miss this one at your peril. 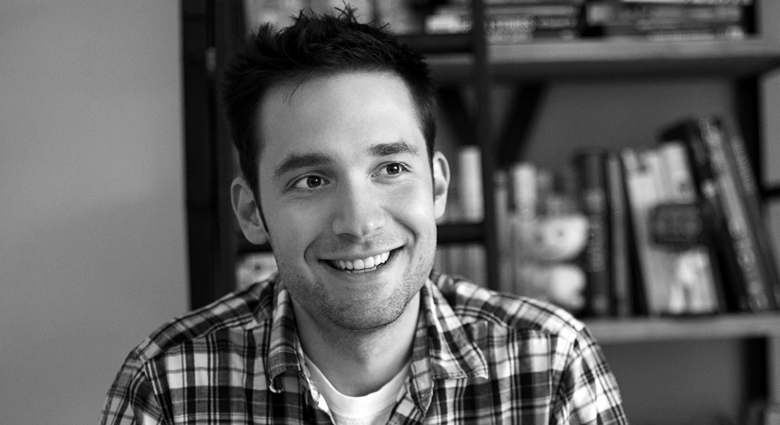 Alexis Ohanian is an entrepreneur and investor in Brooklyn, NY, best known as the co-founder of reddit. Alexis and Steve Huffman's original plan was to build an infrastructure that would allow people to order food from their cell phones.

Why Risk and Failure Help You Progress

It’s about understanding and weighing them. As you would any decision, business, and this is the thing, this is t Watch Video ›