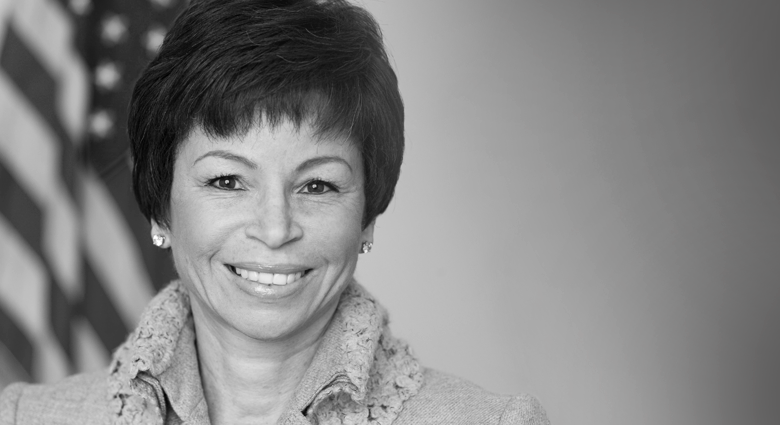 If someone were to rank the long list of people who helped Barack and Michelle Obama get where they are today, Ms. Jarrett would be close to the top.

Valerie B. Jarrett was the longest serving Senior Advisor to President Barack Obama throughout the President’s two terms in office. She oversaw the Offices of Public Engagement and Intergovernmental Affairs and chaired the White House Council on Women and Girls.

Ms. Jarrett worked throughout her tenure at the White House to mobilize elected officials, business and community leaders, and diverse groups of advocates behind efforts to strengthen and improve access to the middle class, to boost American businesses and their economy, and to champion equality and opportunity for all Americans. She led the Obama Administration’s campaigns to reform the American criminal justice system, end sexual assault, raise the minimum wage, advocate workplace policies that empower working families, reduce gun violence, as well as to economically and politically empower women in the United States and around the world.

Ms. Jarrett has a background in both the public and private sectors. She served as the Chief Executive Officer of The Habitat Company in Chicago, Chairman of the Chicago Transit Board, Commissioner of Planning and Development, and Deputy Chief of Staff for Chicago Mayor Richard M. Daley. She also served as the director of corporate and not-for-profit boards including Chairman of the Board of the Chicago Stock Exchange, Chairman of the University of Chicago Medical Center Board of Trustees, and Director of the Federal Reserve Bank of Chicago.

Jarrett received her B.A. from Stanford University in 1978 and her J.D. from the University of Michigan Law School in 1981.

Have you seen Valerie Jarrett speak? What did you think?