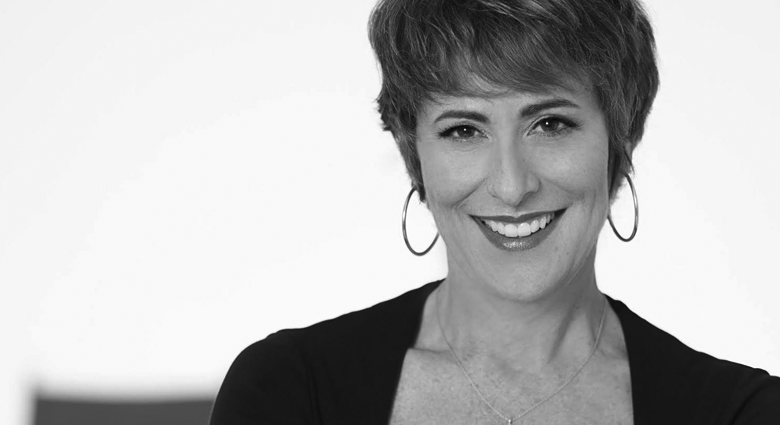 Cathy Salit is a master — a sales-whisperer whose theater and improv-inspired organizational development methodologies have transformed the work and communication habits of thousands of individuals over the past two decades.

Daniel H. Pink, Bestselling Author of To Sell is Human and Drive

Cathy Salit began her career as an upstart and risk-taker at the age of 13, when she dropped out of eighth grade and started an alternative school in an abandoned storefront in New York City. This unusual endeavor put Cathy on an uncharted life path, which she has dedicated to creating educational environments that challenge the status quo and offer innovative, high-impact learning and development experiences.

Cathy is the co-founder and CEO of Performance of a Lifetime (POAL), a global consulting firm based in New York City that helps leaders, teams, and organizations grow their business by focusing on the human side of strategy. Using the art of theatrical performance and the science of performative psychology, POAL helps leaders close the gap between the current reality and their desired future. Cathy and her team of coaches and human development experts leverage POAL’s proprietary method, The Becoming Principle™, to engage leaders and companies in creating and acting on exciting new possibilities.

As CEO, Cathy has led the growth of her company to two consecutive years on the Inc. 5000 Fastest Growing Companies List (2014, 2015), and she works with leaders and teams at companies such as Twitter, American Express, Nike, Coca Cola, Rolls Royce, The Johns Hopkins Hospital and the Metropolitan Museum of Art. Her work and thought leadership have been featured in Fast Company, the Wall Street Journal, Forbes, Inc., Wired, CEO World Magazine, and on podcasts, radio and viral videos all over the world.

Cathy is the author of the new Hachette Books hardcover, Performance Breakthrough: A Radical Approach to Success at Work, in which she presents her revolutionary approach to learning, growing and change. The book explores the Becoming Principle methodology and features real-life case studies from Cathy’s work in the field, as well as tips, techniques and exercises for readers to create performance breakthroughs in their everyday lives. Praise for Performance Breakthrough has come from top influencers like Susan Cain, Sheila Heen, Doug Stone, and Dan Pink, who writes, “This remarkable book will electrify your work and enliven your soul.”

Cathy is an artistic associate at the award-winning Castillo Theatre in New York City, and you can often hear her singing jazz and R&B on any stage she can find...or create. 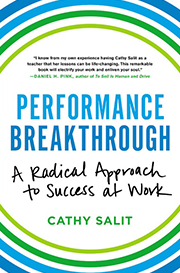 Have you seen Cathy Salit speak? What did you think?