Team Performance: How to Turn Good Into Great 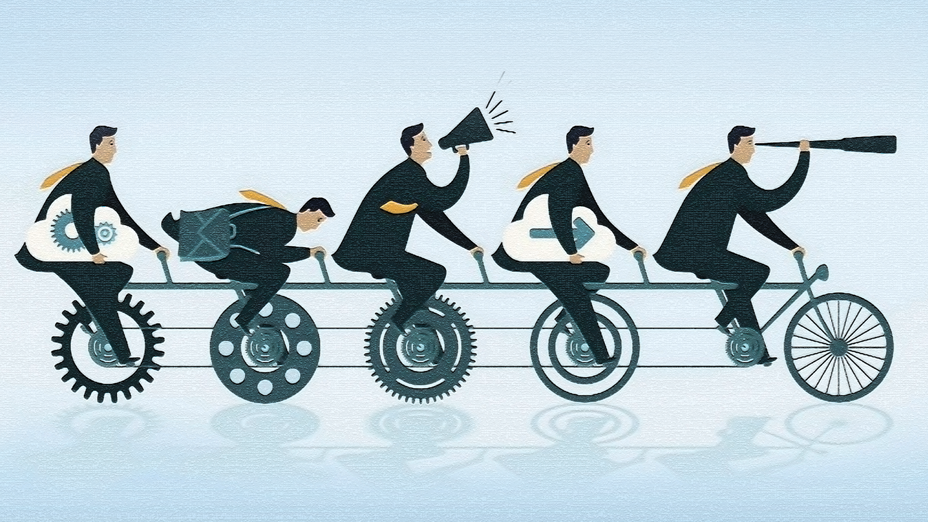 A senior vice president of a big financial services company asked for a meeting to talk about a concern he had with one of his teams. Typically, this is how things begin: an executive asks me to help fix an average or below-average team and get them back on the right track.

Except this time, it wasn’t a dysfunctional team. This SVP wanted to know if I could take his best team and make them even better.

At first, I wasn’t sure how to respond.

He went on to explain that this particular team regularly achieves 100% of its targets based on measurable results and had been at this level for a long time. The SVP asked me bluntly: “Do you think they can do better?”

It was a fascinating question. We focus most of our work on helping average teams improve. Or, we are called for our opinion on whether a totally dysfunctional team should be saved or blown up. But take a team from good to great? That was different—and exhilarating.

Still, we dove headlong into the work, interviewing team members and dissecting the dynamics that governed their work. We used the same tools and approaches we would use with a team that was missing its targets. And wouldn’t you know it, some interesting issues started to arise.

The members of this team had clearly started to take their success for granted. Once they realized they were close to hitting their targets, and their bonuses were secure, they began to ease off the accelerator. It was almost as if they had become complacent about being good, so much so that they never really considered becoming exceptional.

We worked closely with the team members to find that extra gear, and the results were extraordinary.

In the first year after we had contact with this team, it achieved 135% of its measurable goals. There was no longer any doubt in my mind: good teams, even great teams, can become exceptional with the right help.

That anecdote has always been an important reminder to me about the importance of our work to improve team performance.

Teams are the backbone of most companies, and most companies are going through an extremely difficult period of disruption and change.

As a response, organizations are transforming, both in the way they do things and, sometimes, by adopting entirely new business models. And in many instances, those organizations are relying on teams to help plan and execute critical transformation initiatives.

Unfortunately, at a time when we are relying on teams more than ever before, it’s clear they are not stepping up to meet these increasing expectations.

LOW LEVEL OF SATISFACTION WITH TEAM PERFORMANCE
To gain greater insight into the current state of teams, LHH partnered with the Human Capital Institute (HCI) to survey more than 250 professionals, ranging from individual contributors to C-level executives at mid-sized to large organizations across North America.

The survey results confirmed that the majority of organizations (92%) believed that high-per- forming teams were essential to organization- al success. However, only 23% were satisfied with the performance of their current teams.

How did this gap between expectation and performance come to be? A deeper examination reveals that the very nature of teams has changed dramatically.

TEAMS FOR THE NEW AGE
Teams have traditionally involved a leader and a group of followers, all co-located in the same place to create regular, face-to-face contact. The team leader would organize the work and assess performance. Team members executed the plan.

Today, the team dynamic is much different.

Workplaces have gone global. Matrix structures now require teams to work across departments, functions and geographies. Fellow team members could be located down the hall or on the other side of the planet. Relationships are largely virtual—a voice during a conference call or an image from a video link.

Teams today are also more fluid and numerous than in the past. Teams are formed, disbanded and rebuilt continually. This means one may participate on several teams at once, either as the leader or as a team member.

The rapidly evolving role and function of teams certainly seems to be taking its toll. But how much of a toll?

We conducted a more intensive survey with leaders from various sized companies representing more than 20 different industries across the United States. We asked these leaders to rate their existing teams on a spectrum of 32 behaviors. We also asked survey respondents to answer several open-ended questions to better understand their thinking on team performance.

What we found was a crisis in team performance.

Think about that for a moment. At a time when organizations need their teams to be at their strongest, we find that they are unclear, aimless and uncommitted.

THE FOUNDATIONAL DIMENSIONS OF TEAM ACCOUNTABILITY
As startling as the survey results were, they did not explain why certain teams had been able to rise above the stress and strain of transformation to achieve exceptional results. Digging deeper into the survey results through interviews of HR executives, we found that they kept returning to two foundational qualities of high-performing, account- able teams: clarity and commitment.

CLARITY
Our respondents were definitive: a successful, accountable team must be a clear-thinking team. That largely means ensuring every team member has a clear, unambiguous under- standing about the business context in which it operates.

Remarkably, we learned through our research that a great many team members do not have a collective understanding of the strategy of their team. They also do not fully appreciate how everyone’s work contributes to the execution of the strategy. Without clarity, leaders and their teams are flying blind, unsure of where they’re going, why they are going there and what is expected of them along the way.

COMMITMENT
Commitment ensures every member is “all in” and fully engaged on the team’s mission. They show a willingness to work with other people and teams across the organization. They are committed to the idea of collective leadership, both on their team and for others in the organization. In short, they demonstrate a deep commitment to each other.

The most important aspect of commitment is that team members are passionate about the future of the organization. This implies that the executives and others need to paint a positive vision for the future as the critical building block in building commitment. Without this key component, it will be difficult to obtain a high degree of commitment from teams and anyone else for that matter.

These findings strongly suggest that the most important determinants of commitment need to be provided by the organization. With these in place, the team can drive the other components of commitment: supporting each other’s development as leaders; breaking down silos to collaborate across the organization; and holding each other accountable by calling out unproductive leadership behavior.

If there is little or no clarity on the goals, mandate and leadership culture needed to succeed, then commitment will remain at moderate levels or, in some cases, erode to potentially dysfunctional levels.  Either way, it leads to underperforming, unremarkable teams.

This significant finding suggests that team leaders must work both on clarity and commitment at the same time. If you increase one, you’ll increase the other.

CONCLUSION
After looking at the current state of teams, it could be easy to give in to despair. How can companies trust their teams to drive performance and transformation if the problems seem to outweigh the solutions?

While this is true of teams today—confirmed by our interviews, research and consulting experience working with teams across the globe—we need to acknowledge another truth: team performance can be improved.

Our work with the team from that financial services company proved to us that, with proper attention to the core principles of leadership accountability and constant attention to ensuring clarity and commitment, almost any team can improve its overall performance.

The poorest performing teams obviously have the largest opportunity for improvement. But even average and strong teams can reach extraordinary performance with careful attention to the principles of accountability, clarity and commitment.

Not all teams can be saved. But the good news is that the vast majority of teams cannot only be saved, they can be improved to an exceptional degree.