Attracting and Keeping the Next Generation of Salespeople 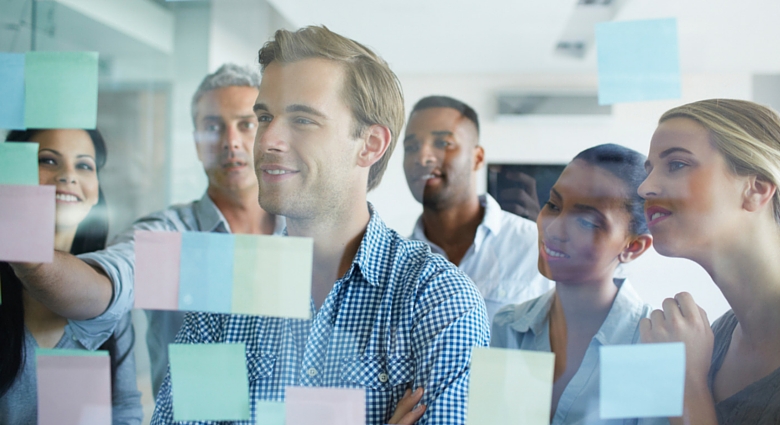 2015 marked a huge milestone: according to StatsCan, for the first time in Canada’s history, the number of persons aged 65 years and older exceeded the number of children aged 0 to 14 years.  The proportion of the population that is aged 65 and older will climb to 20% as baby boomers reach retirement age in the coming years.

This massive demographic shift is already being felt in the Canadian sales industry, with many companies struggling to replace their tenured staff before they retire.

Know your company’s culture and be transparent during hiring.

Who is this new generation of employee?

Millennials have been brought up in a hypercompetitive technology-saturated environment. These young workers, born generally between 1980 and the mid 1990s, value work/life balance, flexibility, and collaboration. They seek a higher degree of personal fulfillment in their work than their parents did, and seek a level of authenticity from their brands and business relationships that older demographics can have a hard time grasping.

The Canadian Professional Sales Association recently collaborated with Teneo Results on the Evolve Sales Think Tank where a number of senior sales leaders discussed how to recruit young people into the ageing Canadian sales workforce and the changes needed to help them fit in better. Here are just a few of the insights we gleaned to help companies succeed with millennials.

Know your company’s culture and be transparent during hiring.

It’s a common complaint that today’s young workers don’t stick around. There are a number of reasons for this, and most of them go beyond preference or boredom, but one of the things we learned from the young people at our conference was to be open about your company’s culture.

Many managers think that millennials have a blanket preference for hyper-collaborative startup cultures with the perks and flexibility that entails. Thinking an entire generation of people born at different times from all sorts of different backgrounds don’t have a variety of their own individual and unique tastes is a big mistake.

Want to make sure that the recent graduate you just hired is going to stick around? Be honest with them about what the culture at your company is like during the hiring process. Some managers try to entice young talent to their company by saying their culture fits a certain mold when it actually doesn’t.

It’s okay if your company is a straightforward 9-5 office environment, and if you still do things in traditional ways. They may be harder to find, but there are millennials who are into that, and being transparent about what working at your company is really like saves you and them a lot of headache and ensures they are more likely to stick around. Workers of all ages appreciate transparency, even if what’s being disclosed isn’t what they want to hear. At the very least, it builds up your brand among potential hires and could lead to recommendations.

Realize where young workers are coming from.

One thing we heard at the conference was that young people feel dismissed by the older generation, and looked down upon. Many sales leaders have said they consider millennials entitled or coddled, with many questioning everything from their social skills to their work ethic. But statistics show that young people have had to face a far tougher economic climate than their parents did.

What does this mean? That we shouldn’t be so quick to apply the entitled or coddled label, and to realize that much of the on the job training and coaching baby boomers may have taken for granted, young people have had to do independently, if they’ve received it at all. As mentioned in an article for Macleans, the Conference Board of Canada found that companies’ spending on annual learning and development declined by 40% between 1993 and 2013.

Another common complaint heard at the Evolve Think Tank was that young people are asking for starting salaries that many consider high. It may be that what managers have considered entitlement is actually just a product of today’s economic reality for young people. Costs for food, transportation, and housing have all gone up, with tuition tripling in the last 20 years.  According to a report published by Statistics Canada, today’s young people make 13% less in real terms than their parents did when they were the same age . When all these factors are taken into consideration, that “high” starting salary doesn’t seem so high anymore.

How today’s sales companies should respond.

1. Be transparent about your company’s workplace culture and goals, especially during the hiring process

Though it may make it harder in the short term to find that ideal candidate who meshes with your company, the long term gains in productivity, retention, and happiness make it more than worth it. Even if millennial candidates decide your business isn’t for them, you will gain their respect, and their super-connectedness could land you the referral of someone better.

2. Be open to collaboration

Today’s young worker understands just like any other that certain decisions are the purview of management, but they expect to know the reasoning and process behind those decisions, and to at least be heard out if they see any potential issues. It may be more demanding, but it also presents an excellent opportunity for communication and mentoring, resulting in more committed, more productive team members - and importantly, the detection of problems or innovations you may not have considered.

3. Focus on mentorship and training

Many companies are hesitant to invest in training because they think that investment will just end up producing a good employee for another business. Though it is a legitimate risk, a millennial is far more likely to stay if they believe they are being given real opportunities to contribute and advance be it through mentorship, individualized incentive plans, or leadership training. There is always a risk an employee will leap for something better, but today’s young workers are eager to gain experience, become more competitive, and leave a mark. If they believe that they are being given the knowledge and preparation to do this where they are, they will be far more hesitant to jump at the next offer.

4. Make sure incentives are truly competitive

Realize where young workers are coming from.

It is not enough to just offer compensation based on what is competitive in your industry. Companies have to consider other factors such as location, commute, and flexibility. Remember that millennials may not have the financial resources to draw upon that their parents did at the same age. It is a lot more difficult for them to stomach moving costs, and many cannot afford cars - so if you’re a company hiring out of the suburbs or in a rural area, be cognizant of these obstacles and devise strategies to mitigate them.

5. Be open to exploring and embracing new technology

You don’t have to be on the bleeding edge of technological innovation, but a company that isn’t looking to get the full value out of today’s tools will strike a millennial as unproductive and destined to fail. The good news: even if your company is behind in this regard, millennials will relish the opportunity to help you change it, and collaborate with you to find tools that work. And they’re generally pretty good at it.

Though much fuss has been made about millennials and the gap between the generations, remember that these demographic shifts are a cyclical phenomenon that businesses have always had to deal with. Hopefully, the tips above will help salespeople to attract and get the best out of the tech-savvy fresh faces appearing in offices everywhere.