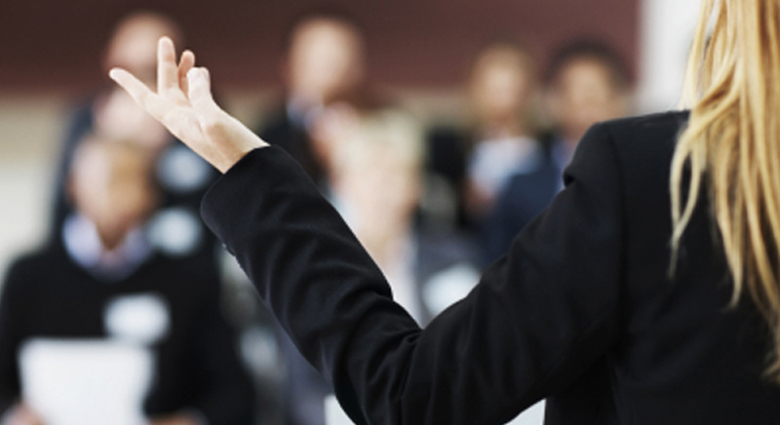 For eleven years now, since retiring from the FBI, I have been working with business executives from all over the world. My principal objective has been to share with them how nonverbal communications can be used to enhance interpersonal communications and to change perceptions. Along the way, I have also learned a lot from my exchanges with these executives, and their teams about the nonverbals of effective leadership. Here are ten characteristics that I found to be influential not just to peers, but perhaps more importantly, to those they lead:

1. Visibility – Exceptional leaders are seen, not just heard. Too many leaders today fail because they are too busy to be seen. They never leave their office to check in with their people. Some sadly even hide so that they don’t have to deal with others. Impressive and effective leaders at all levels recognize that it is the people of the organization that makes that organization successful. Being with them and among them inspires them. After all, many employees are faithfully there because of their loyalty to that executive or that leader. Being seen doesn’t need to have an agenda - a friendly hello is sometimes all that is needed. As one very successful CEO told me, “I don’t know why or how, but it really does energize the work force when I visit with them.”

2. Manners – When someone has bad manners it overwhelms what we think of them. Manners are a form of nonverbal communication and when we are in the presence of a gracious host or a leader with good manners, it is attractive and rewarding. Good manners communicate a lot and when they are not present, their absence becomes the topic of conversation, not the other redeeming qualities or skills of the person. It takes little effort to exercise good manners; we are all appreciative of them, and in an instant we can impress and even inspire others when we utilize them.

3. Gaze - Eye contact that is direct, engaging, and steady is highly endearing. Effective leaders engage others by making steady eye contact that is welcoming and which shows interest. One thing you hear about former president Bill Clinton from just about anybody that has met him is that he makes “great eye contact” and “makes you feel as though you are the only person there.” The most influential leaders engage the person they are talking to using their eyes to show interest and care, and they focus singularly on each person.

4. Space- Leaders command the space around them visually and physically. They engage everyone in a room with their eyes and they physically interact, where possible, with all four corners of the room. In the second presidential debate of 2012, President Obama masterfully walked the stage from right to left, forward and back, commanding the theater of interaction. Influential leaders use their eyes and their physical presence to connect with the room. That means no hiding behind lecterns, using all of the stage, confidently moving around and using their eyes to personally communicate with everyone present.

5. Voice – Influential leaders have learned that a deeper resonating voice makes a big difference and the research backs that up. We don’t like voices that are high and are more enticed by deeper voices. This is why broadcasters such as Tom Brokaw sound the way they do. It’s so important that in the past, actresses such as Lauren Bacall & other contract actors practiced screaming so they’d lose their natural voice for a lower sounding one. The best example of this was a young lady known early in her career as Maggie Roberts. Her voice was so high and shrill that one of her political opponents disparagingly said that he feared for migrating birds any time she spoke. Miss Roberts was smart enough to work on her voice, lowering it enough to make her more vocally appealing. She accomplished that and more becoming the longest serving Prime Minister in the UK, and of course, now we know her by her married name of Margaret H. Thatcher, nee Roberts.

6. Gestures - The gestures of influential leaders are broad, smooth, frequent, and dramatic. We want to see the hands of the leader as they articulate, emphasize and illustrate. We don’t want to see the hands behind the back or hidden behind a podium. Great leaders inspire with gestures as they communicate, using these nonverbals to potentiate their messages. Gestures are an effective tool that facilitate effective communications and which can be endearing when used effectively.

7. Touch– Even in this day and age influential leaders employ touch. Not to harass or patronize and certainly not in a sexual way, but within the social norms of society that say, “I care.” The thoughtful and proper touch on the arm or the shoulder says you are important to me. Many leaders of industry can attest to the mentor or leader who, along the way, gave a comforting touch on the shoulder or the arm that communicated far more than mere words. Proper touch, be it through a handshake, an abrazo , or hand on the shoulder, communicates empathy and care on a level no words can match.

8. Smile –Benjamin Franklin, our first ambassador and self-help guru, taught us the importance of a smile. Influential leaders don’t hesitate to smile and know the disarming power of a smile. They smile to be social, to compliment, to greet, to diffuse tension, and to acknowledge others. But their smile is one of pleasure and confidence, not the smile of those that seek something, are anxious, or who fear. Smiling is not ancillary or anecdotal to an influential leaders repertoire - it is a basic requirement whose value cannot be overstated.

"Great leaders use communications to connect, share, focus, and to demonstrate they care"

9. Speed– Effective leaders act and move quickly because nothing communicates that you care more than acting swiftly. Those who delay taking action, who are slow, who take their time making tough decisions, or who procrastinate, are sending negative messages. Influential leaders move to action quickly because others are waiting their decision and nothing motivates or creates confidence more than a person acting expeditiously on our behalf.

10. Communicate – Great leaders communicate effectively both verbally and nonverbally. They use communications to connect, to share, to focus, and to demonstrate they care. Failure to communicate is, after all, a failure. During times of uncertainty or crises, communication must be frequent and timely to keep everyone informed as well as to assuage. Words, as we all know, have consequences, and yet not all words have the same weight. There is no better example of this than President Lincoln’s Gettysburg address. His speech intended to unite a divided nation lasted just two minutes and 30 seconds, and yet that speech remains, to this day, breathtakingly memorable - brief, but powerful. The speaker that came before him had been specifically invited there because he was the greatest orator of his day. Edward Everett spoke for over two hours before Lincoln took the stage, and yet, nobody remembers one word of what he said.

Conclusion: Influential leaders stand out because of the things that they do and say everyday. There are specific habits of successful leaders and there are also the nonverbals of influential leaders that shouldn’t be ignored. Influence doesn’t cost money, but it does take effort. As Dr. John C. Maxwell put it, “Leadership is influence.” I could not have said it better.

For 25 years, Joe Navarro worked as an FBI special agent in the area of counterintelligence and behavioral assessment.