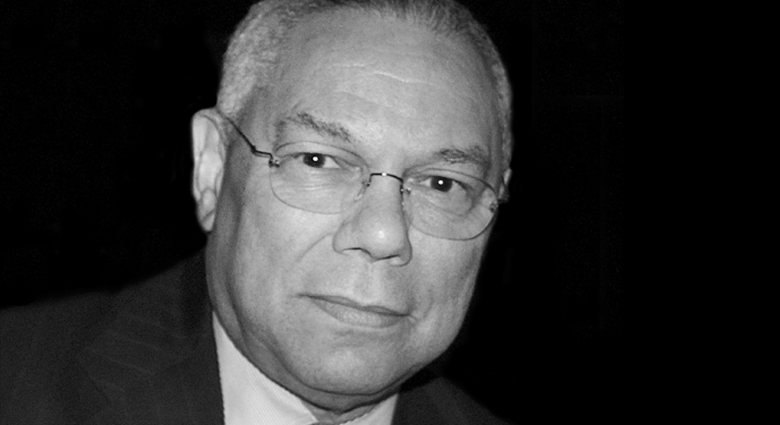 What an incredible hero - even those in our group who came from all over the world could immediately recognize that. The power and passion of Gen. Colin Powell's leadership was apparent in his discussion and his presence was an inspiring highlight of our meeting!

For over fifty years, General Colin L. Powell, USA (Ret.) has devoted his life to public service. Having held senior military and diplomatic positions across four presidential administrations, Powell’s deep commitment to democratic values and freedom has been felt throughout the world.

The son of Jamaican immigrants, Powell was born in Harlem in April 1937 and was raised in the South Bronx. He was educated in the New York City public schools and after graduating from Morris High School attended the City College of New York where he earned a B.S. in Geology. It was not until he joined the Army ROTC program at CCNY that he discovered his calling and launched his military career. He received a commission as an Army second lieutenant upon graduation in 1958 and went on to serve in the United States Army for 35 years, rising to the rank of Four-Star General.

From 1987 – 1989 Powell served as President Ronald Reagan’s National Security Advisor. He served from 1989 – 1993 as Chairman of the Joint Chiefs of Staff for both President George H.W. Bush and for President Bill Clinton, and was not only the youngest officer and first ROTC graduate to ever serve in the position but also was the first African American to do so. During his time as Chairman, he oversaw 28 crises to include the Panama intervention of 1989 and Operation Desert Storm in the victorious 1991 Persian Gulf War.

Under President George W. Bush, Powell was appointed the 65th Secretary of State and was unanimously confirmed by the U.S. Senate. As Secretary of State, he led the State Department in major efforts to address and solve regional and civil conflicts—in the Middle East, Sudan, Congo and Liberia, in the Balkans, Cyprus, Haiti, Northern Ireland, Afghanistan and Iraq and elsewhere. In all areas, he used the power of diplomacy to build trust, forge alliances and then help transform these unstable regions into areas where societies and cultures have the potential to prosper. He also worked at the forefront of American efforts to advance economic and social development worldwide.

Powell is the Founder of the Colin L. Powell Center for Leadership and Service at his alma mater, the City College of New York. The Center is student-focused with a mission to develop a new generation of publicly engaged leaders. He is the Founder and Chairman Emeritus of the America’s Promise Alliance, dedicated to forging a strong and effective partnership alliance committed to seeing that children have the fundamental resources they need to succeed.

Currently Powell is a strategic limited partner at Kleiner Perkins Caufield & Byers, the renowned Silicon Valley venture capital firm, and is on the board of Bloom Energy. He is the Chairman of the Advisory Board of Leeds Equity Partners, a private equity firm focused on investments in the education, training, information and business services industries. He is also Chairman of the Eisenhower Fellowships, a cross-cultural program for emerging international leaders. He has previously served as a member of the Board of Trustees of Howard University, the Board of Directors of the United Negro College Fund, and the Board of Governors of the Boys & Girls Clubs of America.

Powell is a member of the board of directors of the Council on Foreign Relations. He is on the Executive Leadership Cabinet of the Martin Luther King, Jr. Memorial and is the Honorary Chairman of the education center for the Vietnam Veterans Memorial. He also serves on the board of the Smithsonian Institute’s African American Museum of History and Culture.

His autobiography, My American Journey, was a best seller and has been published in more than a dozen different languages. Powell's second book, It Worked For Me (May, 2012), was an instant New York Times best seller and reveals the lessons that shaped his life and career.

Powell is married to the former Alma Vivian Johnson of Birmingham, Alabama. They live in McLean, Virginia and have three children and four grandchildren. 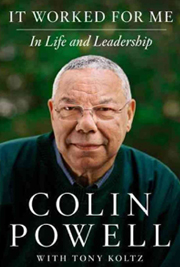 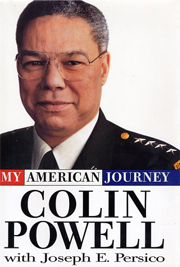 Have you seen Gen. Colin Powell, USA (Ret.) speak? What did you think?